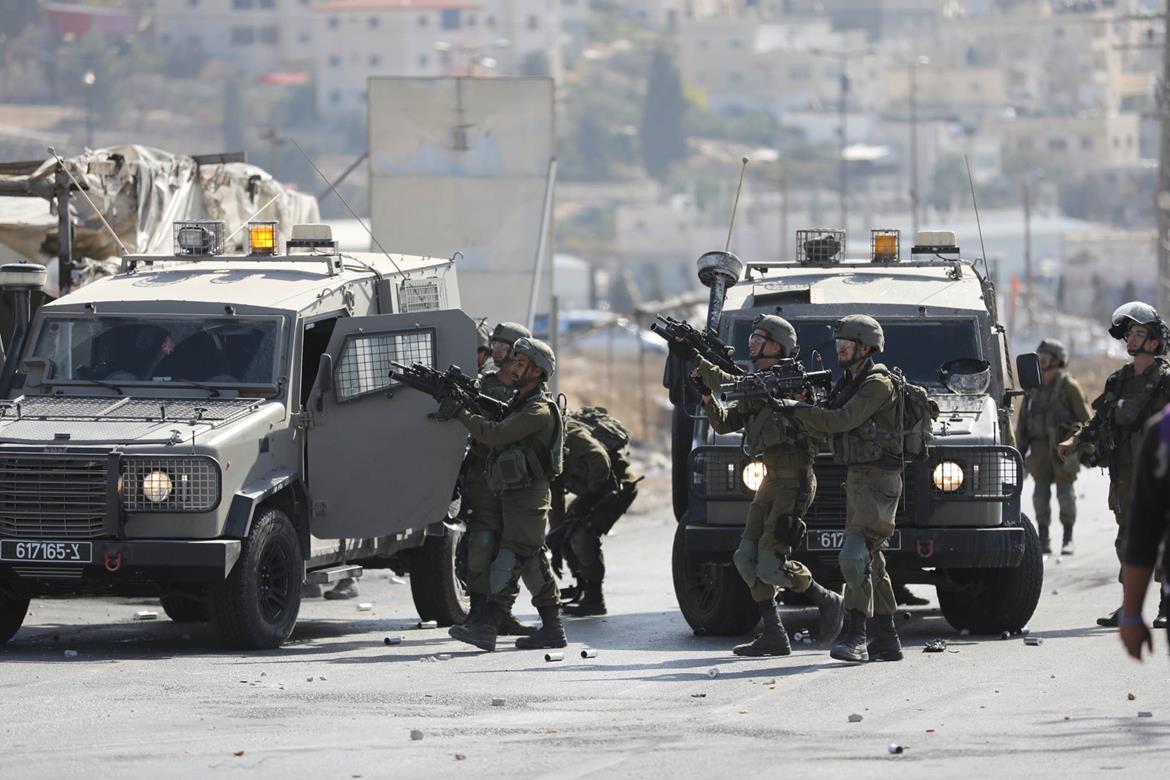 NABLUS, Friday, December 30, 2022 (WAFA) – A Palestinian youth was shot and injured and several others suffocated during clashes that broke out with Israeli forces in the village of Osrin, south of Nablus, according to Ahmad Jibril, the head of the Palestinian Red Crescent Emergency and Ambulance Department.

He said that a Palestinian was struck with a rubber-coated steel bullet, and several others suffocated by the tear gas fired by the Israeli army. They were all treated at the scene.

Earlier today, Palestinians in Osrin took part in the funeral procession of 23-year-old Palestinian Ammar Mefleh, who was shot and killed from a very short distance by an Israeli soldier in the town of Huwwara, in the West Bank province of Nablus, and whose body was released yesterday after being withheld by Israel for 27 days.