Injuries by Israeli gunfire during confrontations north of West Bank 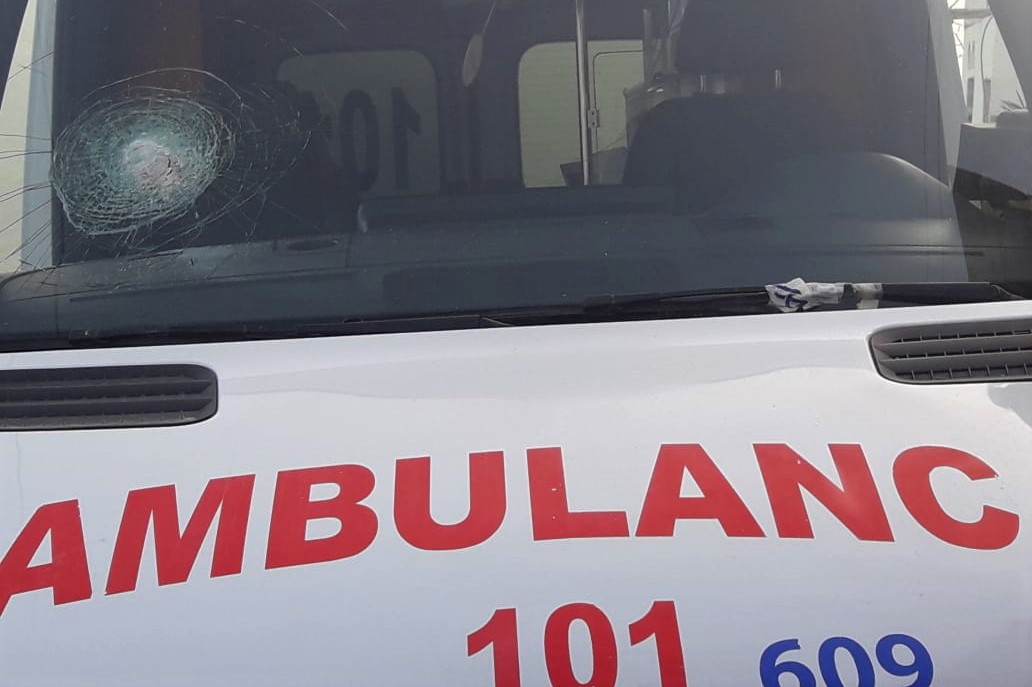 An ambulance was hit by an Israeli rubber-coated round in Usarin, 23 December 2022.

QALQILIA, Friday, December 23, 2022 (WAFA) – At least five Palestinians were injured by Israeli gunfire this afternoon during confrontations with the Israeli occupation forces in the town of Kafr Qaddum, in Qalqilia province, and in the village of Usarin, south of Nablus, according to local sources.

In Kafr Qaddum, four Palestinians were injured by Israeli occupation forces during the weekly anti-colonization protest.

Shtewi added that two journalists were lightly injured after being hit by Israeli teargas canisters while covering the protest. The injured were treated at the scene of the clashes.

Meanwhile, a Palestinian youth was injured by an Israeli rubber-coated round in his chest during confrontations with the Israeli occupation army in the village of Usarin, to the south of Nablus, according to medical sources.