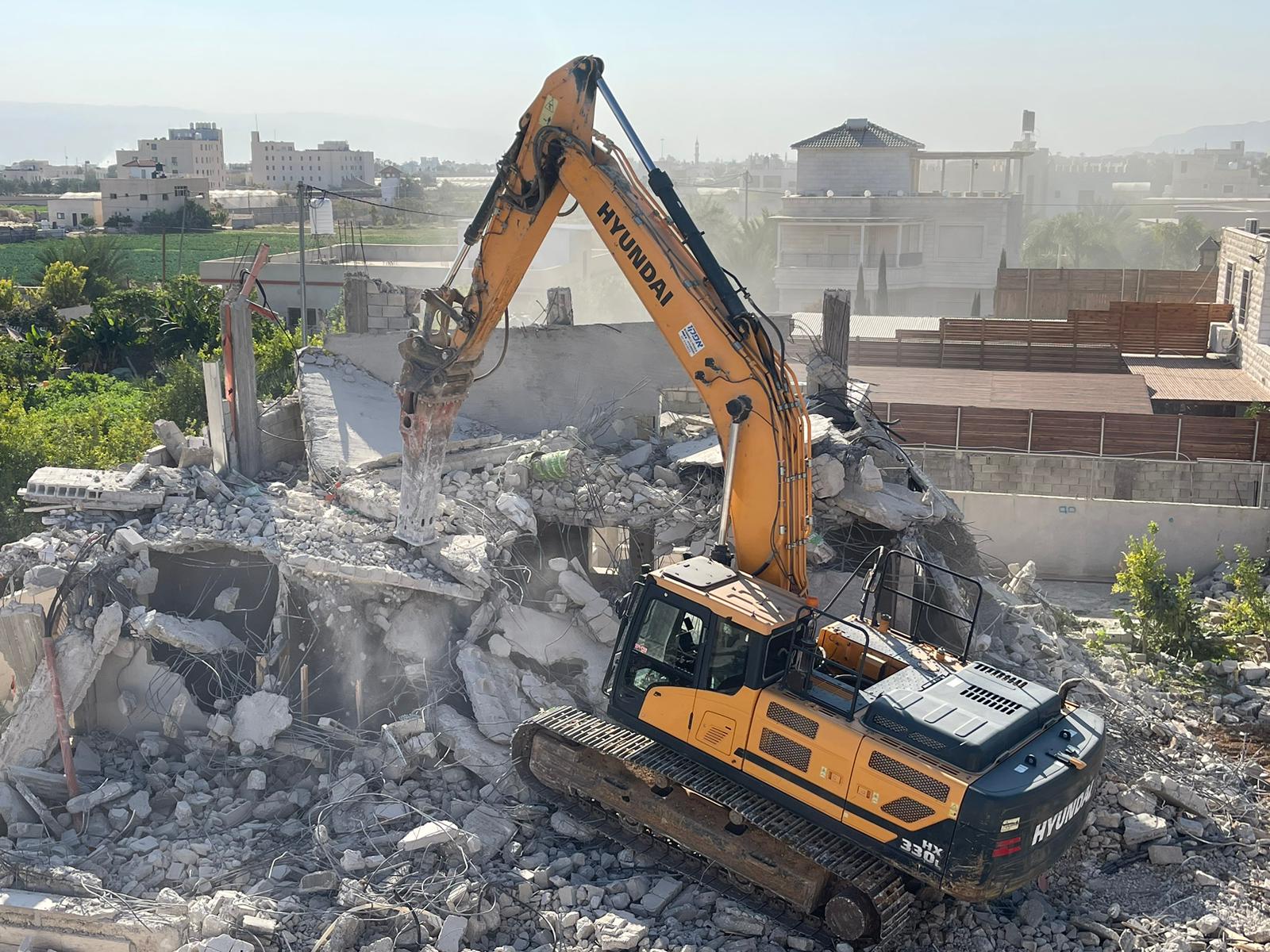 Israeli demolition of a Palestinian-owned house east of Jericho.

JERICHO, Monday, December 19, 2022 (WAFA) – The Israeli occupation forces this morning demolished two Palestinian-owned houses, east of the occupied West Bank city of Jericho, out of dozens of houses slated for demolition in the same area under the pretext of construction in Area C, which is under full Israeli military rule.

WAFA correspondent said that the Israeli forces demolished a two-story house with an area of 220 square meters each owned by a local resident that was still in the construction stage, and a second completed house owned by another resident.

The occupation authorities had delivered demolition notices to 13 houses in the same area while it informed owners of 67 other houses to “rectify their status” because the houses were built in Area C, which means they could all be torn down.