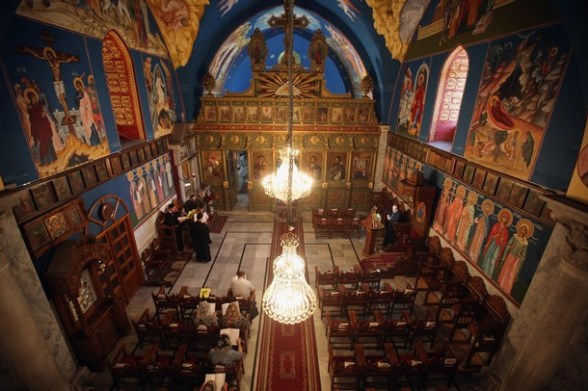 The Orthodox Church in Gaza.

GAZA, Thursday, December 8, 2022 (WAFA) - The Israeli occupation authorities refused to issue permits to about 200 Palestinian Christians from the Gaza Strip to celebrate Christmas in the biblical city of Bethlehem, the birthplace of Jesus Christ, in the occupied West Bank, today said Kamel Ayyad, from the Gaza Greek Orthodox Church.

He said that the church provided the Palestinian Civil Affairs Authority, which liaisons with Israel, a list of names for 800 Christians who wanted to go to the West Bank to celebrate Christmas, but that the Israeli authorities refused to issue permits for 200 people under flimsy pretexts.

Ayyad stressed that every Muslim or Christian has the right to visit Islamic and Christian holy sites anywhere in Palestine at any time and on any occasion.

About 1,500 Christians live in the Gaza Strip, out of a total population of about two million, who celebrate Christmas on both December 25, for the Latin Church, and January 7, for the Orthodox Church.