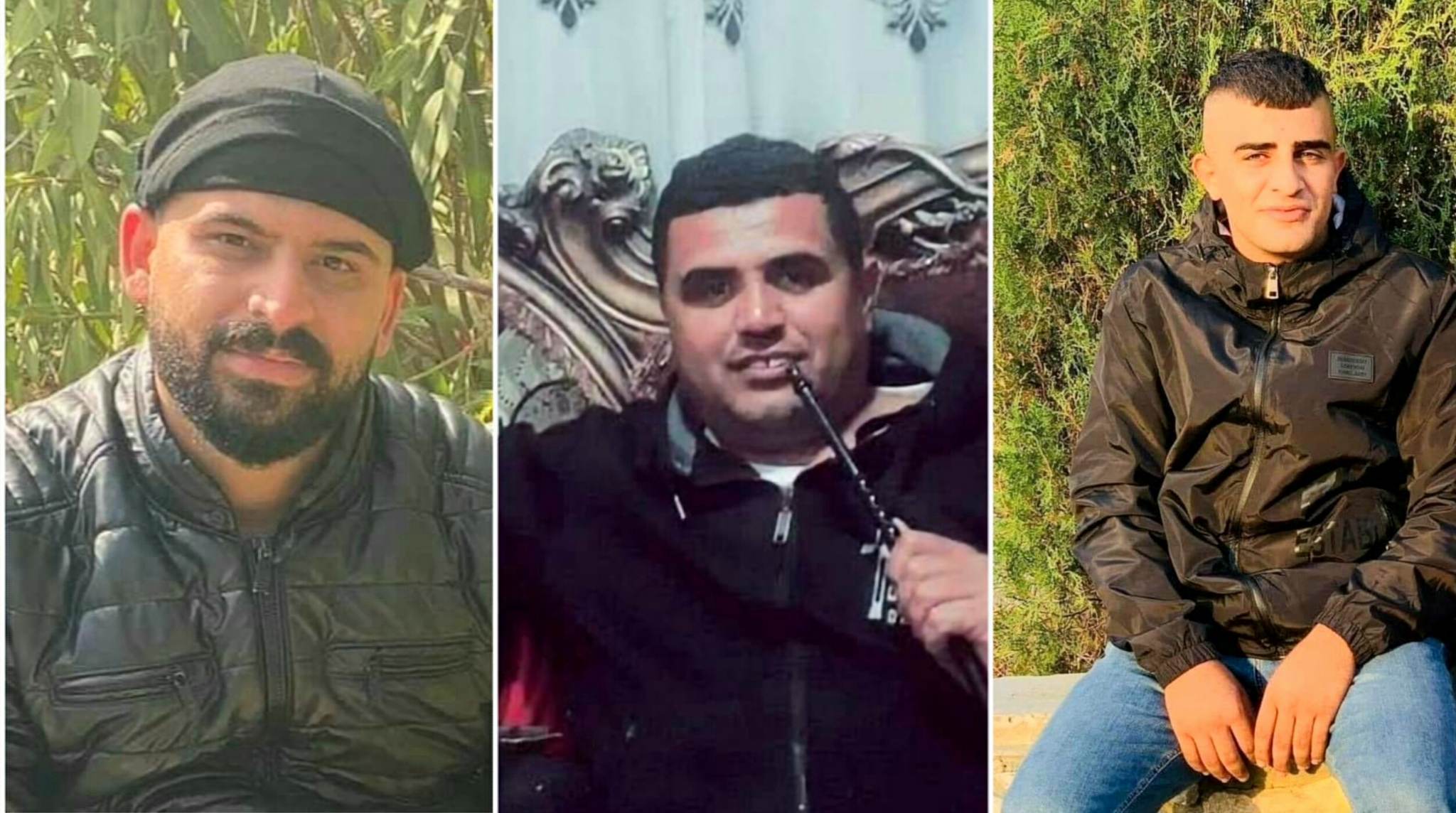 RAMALLAH, Thursday, December 8, 2022 (WAFA) - The Israeli occupation forces shot and killed three Palestinians during an assault on Jenin refugee camp early this morning, according to the Ministry of Health, which brings the total killed so far this year to 164.

The three were identified as Sudqi Zakarneh, 29, from the city of Jenin, Tareq al-Damj, 29, from Jenin refugee camp, and Ata Shalabi, 46, from Qabatya, near Jenin

Witnesses said a large-scale Israeli force raided the city and the neighboring refugee camp, provoking clashes with local Palestinian residents, during which three Palestinians were shot dead by the Israeli forces at point blank range.

The Israeli occupation forces also attacked with gunfire an ambulance during the raid, and its medical staff reportedly survived death.

Fierce clashes erupted between Israeli occupation forces and local Palestinian youth in the aftermath of the murder, during which the forces fired live shots injuring 10 Palestinians. The wounded were moved to hospital for medical treatment.

The latest figures bring up the number of Palestinians killed by the Israeli occupation forces since the beginning of the year to 216, including 164 in the West Bank and 54 in the Gaza Strip.