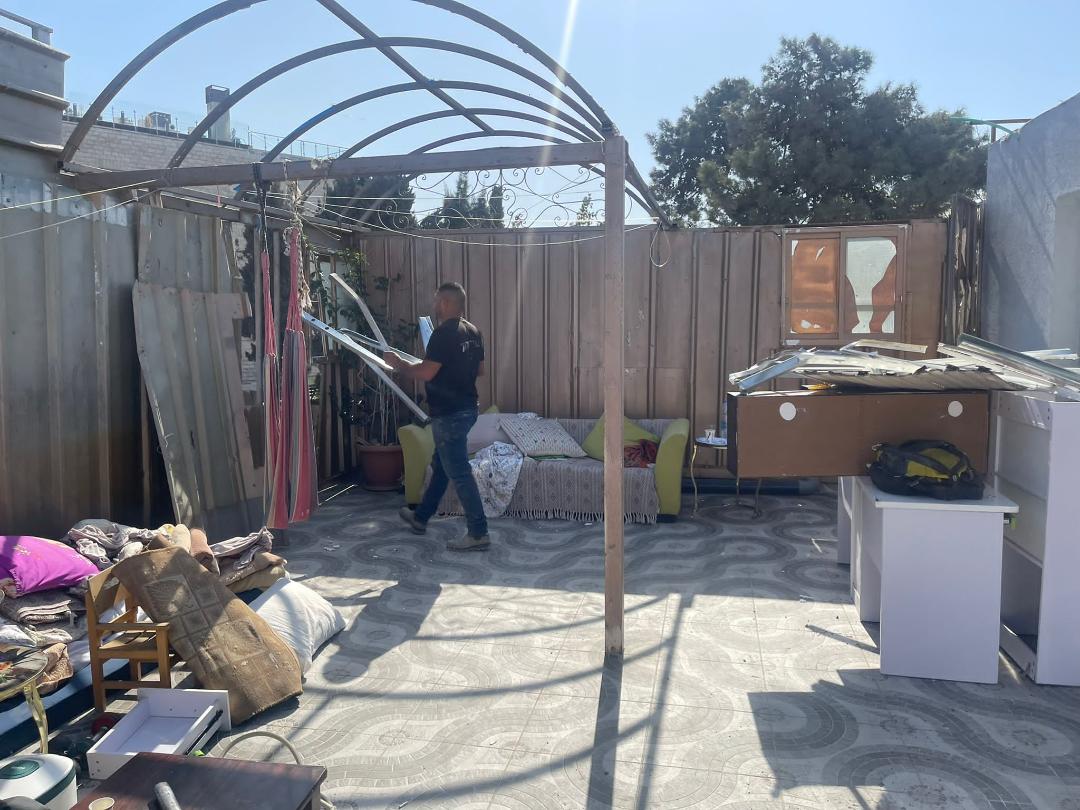 Palestinian tearing down his house in East Jerusalem. (WAFA Images)

JERUSALEM, Saturday, October 29, 2022 (WAFA) – Palestinian residents of occupied East Jerusalem were today forced by the Israeli municipality of West Jerusalem to tear down their homes under the pretext they were built without a permit.

Ahmad Abu Issa told WAFA that his nephew, Abdul Hadi, was forced by the municipality to demolish his 50-square-meter home in Shufat neighborhood of occupied East Jerusalem under the pretext it was built without a permit after he was fined more than $20,000.

He said his nephew recently completed the small house where he planned to live after getting married but that his dream of a house has now vanished.

Another resident of the occupied city, Azzam Abu Assab, told WAFA that he had to tear down part of the house where his family of 10 people lives on Salah Eddin Street, the main business street in East Jerusalem, after the Israeli municipality issued him a demolition order and gave him only 10 days to tear it down or have to pay fines exceeding $10,000.

Abu Assab added to his house in order to accommodate his growing family but the municipality refused to give him a permit to expand it, forcing him to build without it.

Yesterday, another East Jerusalem resident tore down parts of his house in al-Tur neighborhood of the occupied city for similar reasons.

Palestinians in East Jerusalem find themselves compelled to tear down their homes after receiving a demolition order to avoid paying exorbitant costs to the Israeli municipality if it carries out the demolition.

Palestinians say they are forced to build without a permit because the Israeli municipality discriminates against them and refuses to issue them permits or places unreasonable conditions that they cannot afford to issue a permit.

At the same time, thousands of housing units are built for Jewish settlers in the city on appropriated Palestinian lands and are made easily accessible to them.