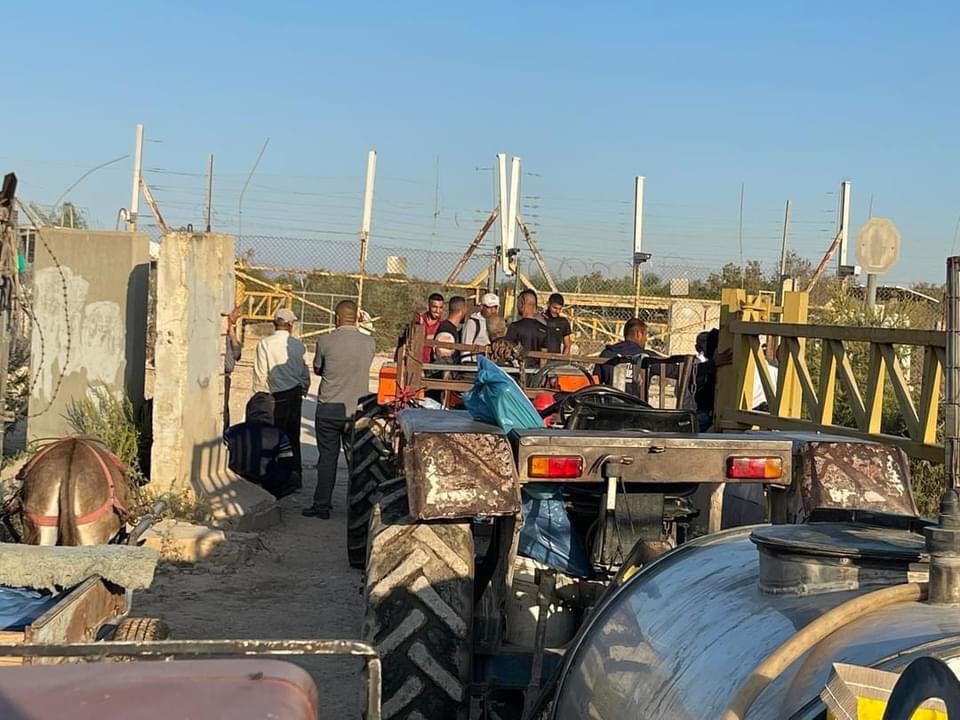 She reported some farmers from the northern West Bank town saying they were shocked to find out that Israeli soldiers sealed off the gates in the section of Israel’s apartheid wall in the early morning hours, denying them access to their olive groves isolated by the wall.

The soldiers forced the farmers to go back citing the closure of the West Bank and the Gaza Strip under the pretext of the Jewish holidays.

The town mayor, Yazid al-Qab, elaborated that the soldiers hermetically sealed the three agricultural gates along the wall, west of the town, inflicting heavy material losses on the farmers who depend on olive oil for their livelihoods.

He added that the wall effectively isolates 2,400 donums of fertile Palestinian-owned land planted with olive trees while pointing that the soldiers procrastinate on opening the gates, restricting entry for limited hours.

Settlers have recently stepped up their attacks against olive harvesters across the occupied West Bank, mainly in Nablus and Salfit districts, attacking farmers and preventing them from picking their olives.