Two Palestinians killed, 11 injured in an Israeli attack on Jenin 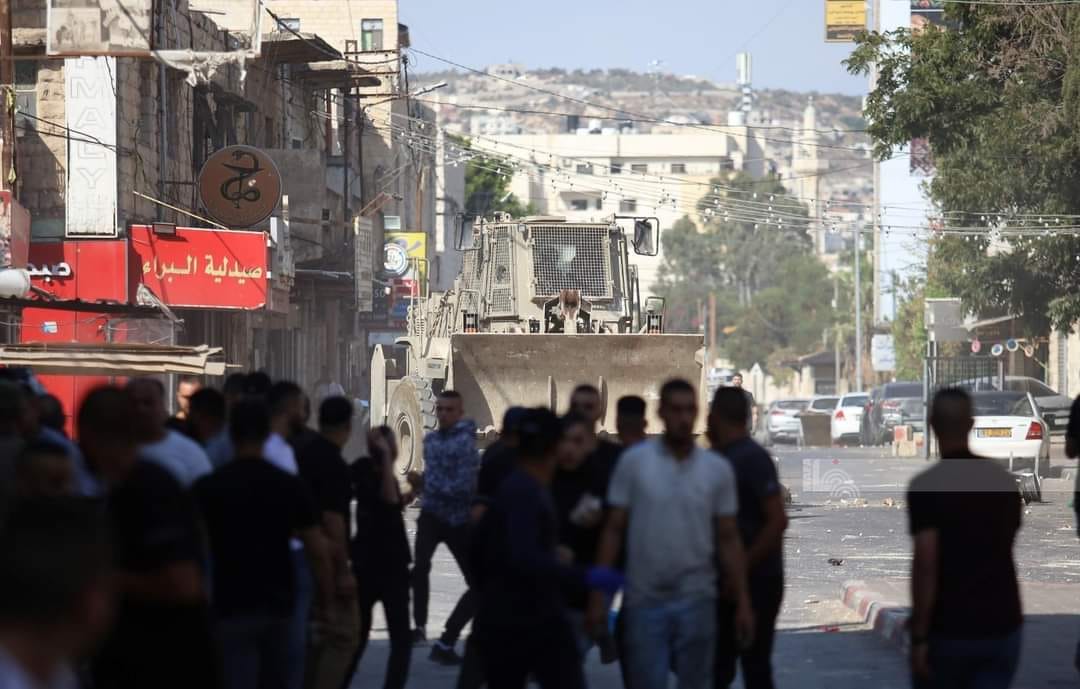 JENIN, Saturday, October 08, 2022 (WAFA) – Two Palestinians were killed and at least 11 others injured this morning, including three seriously, by Israeli occupation forces in an attack on Jenin refugee camp, north of the occupied West Bank, according to the Ministry of Health.

MoH said Ahmad Mohammad Daraghmeh and Mahmoud as-Sous, both 17 years old, were shot dead by live shots in the head and neck respectively, while 11 others were injured by Israeli occupation forces during the Israeli raid on Jenin and its refugee camp. The 11 were rushed to nearby hospitals for medical treatment, and the condition of three of them was described as critical.

The ministry said a father, Anwar Abu as-Sebaa, and his daughter, Iman, were injured after being run over by an Israeli military vehicle while they were standing in front of their home in the camp.

Palestinian security sources said an undercover Israeli force surreptitiously sneaked into the camp in the early morning hours of Saturday, hours before it was followed by dozens of Israeli military vehicles which stormed the camp from multiple directions, sparking confrontations with local residents.

Journalists and ambulances are also being denied access into the area of the Israeli attack in the camp, with Israeli military helicopters flying at low altitudes over the camp and neighboring areas.

At least one Palestinian was reportedly arrested by the attacking forces. He was identified as Saleh Abu Zeneh, a resident of Jenin refugee camp.

The latest figures bring up the number of Palestinians killed by Israeli occupation forces in the West Bank during the past 24 hours to 4.