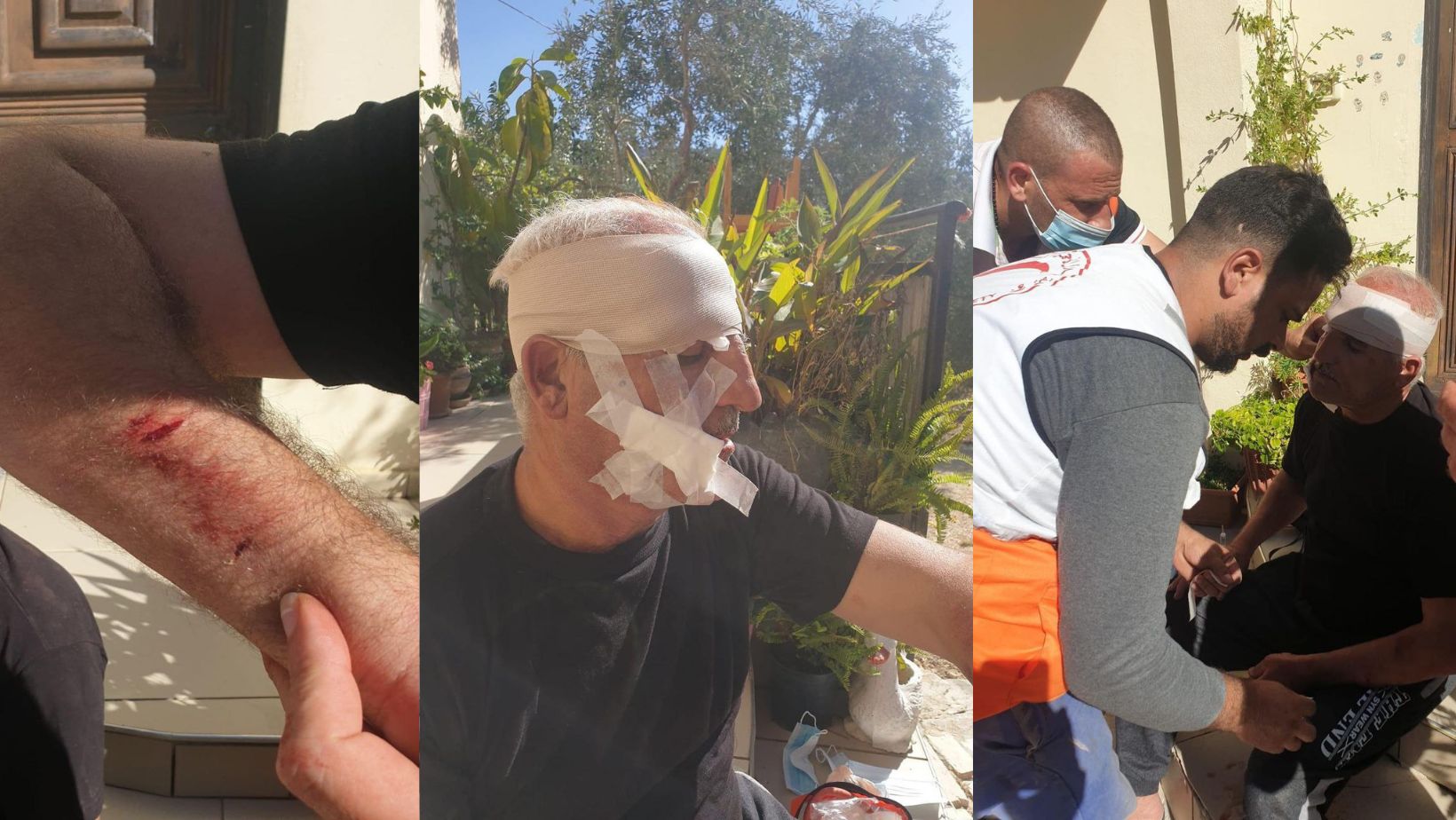 NABLUS, Wednesday, September 28, 2022 (WAFA) – At least 21 Palestinians were injured today during an Israeli settlers' attack on Palestinian citizens and their homes in the village of Madama, south of the occupied West Bank city of Nablus, according to medical sources.

A Palestinian Red Crescent source said that eight Palestinians were injured after they were beaten by Israeli settlers in plain sight of Israeli soldiers who provided settlers with protection.

Thirteen others suffered from suffocation due to inhaling toxic gas fired at them by the Israeli forces.

Three Palestinians, including a minor, were detained by the army forces.

"Settler violence has long since become part of Palestinians’ daily life under occupation. Israeli security forces enable these actions, which result in Palestinian casualties – injuries and fatalities – as well as damage to land and property. In some cases, they even serve as an armed escort, or even join in the attacks," said the Israeli information center for human rights in occupied territories, B’Tselem.