EU contributes €35M for payment of August salaries and pensions 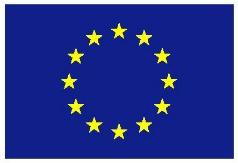 JERUSALEM, Monday, September 5, 2022 (WAFA) - The European Union has provided today a contribution of €35 million to help the Palestinian Authority pay the August salaries and pensions of its civil servants, mostly in the health and education sector in the West Bank.

This support will help the Palestinian Authority to meet part of its commitments toward Palestinian civil servants, as it continues to face a deeply worrying fiscal situation as a result of the prolonged economic crisis in the occupied Palestinian territory. This situation is seriously exacerbated by the ongoing tensions with Israel, said a press release issued by the Office of the European Union Representative.

The €35 million contribution is provided by the European Union and targets civil servants mostly working in the social sectors of health and education in the West Bank as well as pensioners. This payment underlines the EU’s commitment to helping the building of an independent, viable, accountable, and democratic Palestinian state.

‘’This is our first contribution in 2022 for the payment of salaries and pensions of Palestinian civil servants. It demonstrates once again that the EU remains the most reliable and committed partner for the Palestinian people. This contribution comes at a tough period where the Palestinian Authority continues to face severe fiscal challenges,” said EU Representative Sven Kühn von Burgsdorff.

“In this context, we have called on the Israeli authorities to respect their obligations under the Paris Protocol with regard to the transfer of Palestinian tax revenues.”

Meanwhile, the EU has been engaged with the Palestinian Authority to implement major reforms to ensure medium-term fiscal sustainability. This concerns in particular reducing the pressure of the public sector wage bill and the health sector on overall domestic expenditures so that more funds can be made available for key development needs in the Palestinian communities. This will certainly contribute to improving essential public infrastructure and services, said the EU Representative.