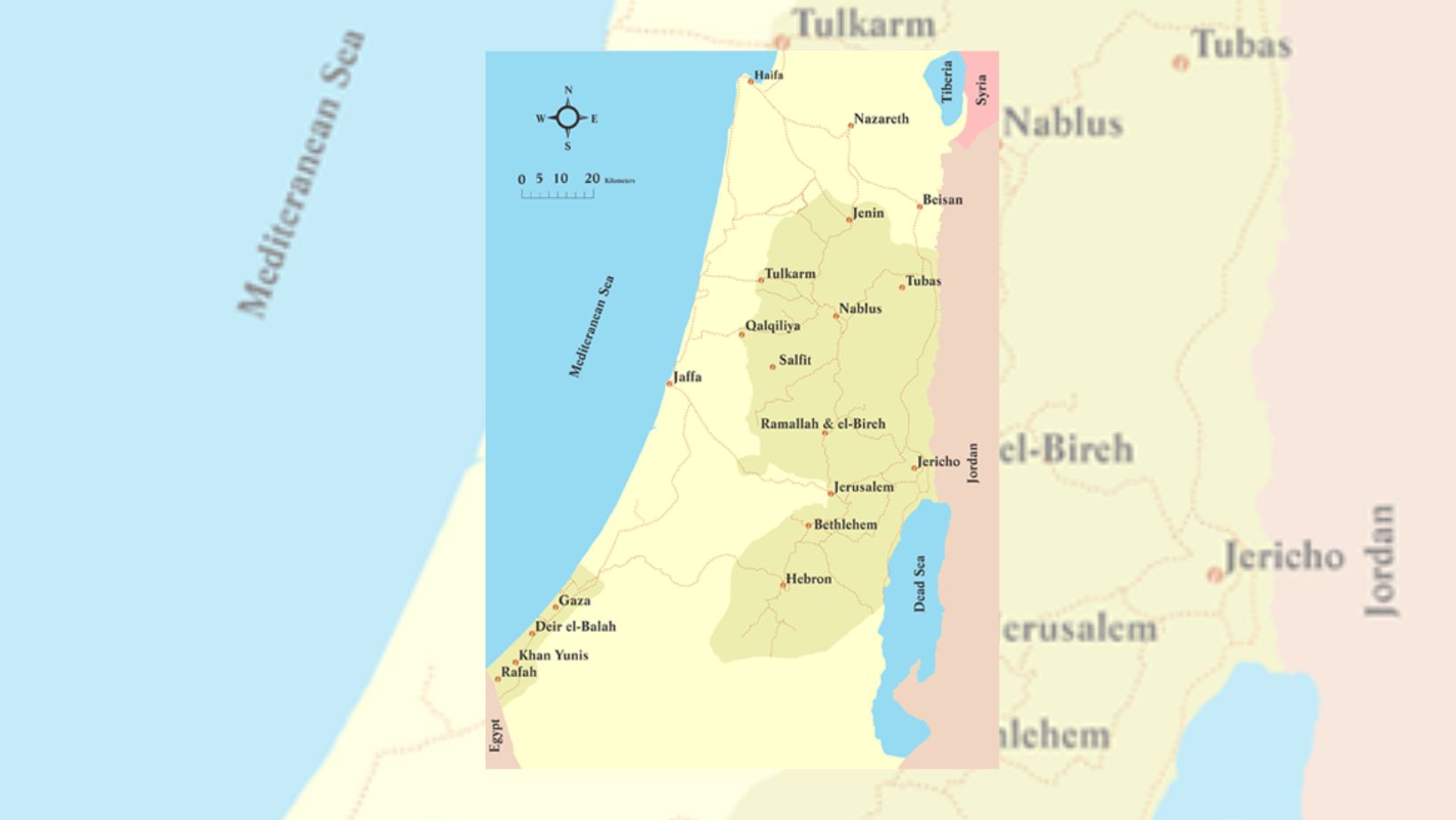 Map showing the West Bank (in green) occupied by Israel since June 1967.

JERUSALEM, Monday, September 5, 2022 (WAFA) - Israel has introduced cosmetic changes on the new procedures its military government has published for issuing visas for foreigners seeking to enter the occupied West Bank and postponed enforcement of these rules until next month, a day before the rules for the entry were supposed to go into force, according to the Israeli rights group, HaMoked, stressing that the basic problem with these rules, nevertheless, remains.

“The Israeli military has just released a new version of its Procedure for Entry & Stay of Foreigners in the West Bank - now set to come into force on October 20. It removed some of the most outrageous elements of the Procedure, but the basic problem remains,” it said.

Explicit in the procedure, added HaMoked, “Israel will prevent thousands of families from living together for blatantly political reasons,” and, “The Israeli military takes the prerogative of micromanaging Palestinian society - including interfering with academic freedom of Palestinian universities.”

HaMoked, and rights organizations, criticized the new procedures as a violation of Israel’s international law obligations.

“The Israeli military's procedure on the entry of foreigners to the West Bank violates Israel's international legal obligations,” said HaMoked, adding that it will continue its legal challenge of it.

The US Ambassador to Israel Tom Nides also criticized the new rules, saying since the Israeli government issued the rules in February he has “aggressively engaged” with the Government of Israel on these draft rules.

“I continue to have concerns with the published protocols, particularly regarding COGAT’s (Coordination of Government Activities in the Territories) role in determining whether individuals invited by Palestinian academic institutions are qualified to enter the West Bank, and the potential negative impact on family unity. It is important to ensure all of these regulations are developed in coordination with key stakeholders, including the Palestinian Authority.”

Nides stressed that “I fully expect the Government of Israel to make necessary adjustments during the pilot period to ensure transparency as well as the fair and equal treatment of all US citizens and other foreign nationals traveling to the West Bank.”

The revised rules will enter into force on October 20, according to the new draft, for a trial period of two years.

Israel occupied the West Bank in June 1967 and has total control over who and what enters or leaves it.