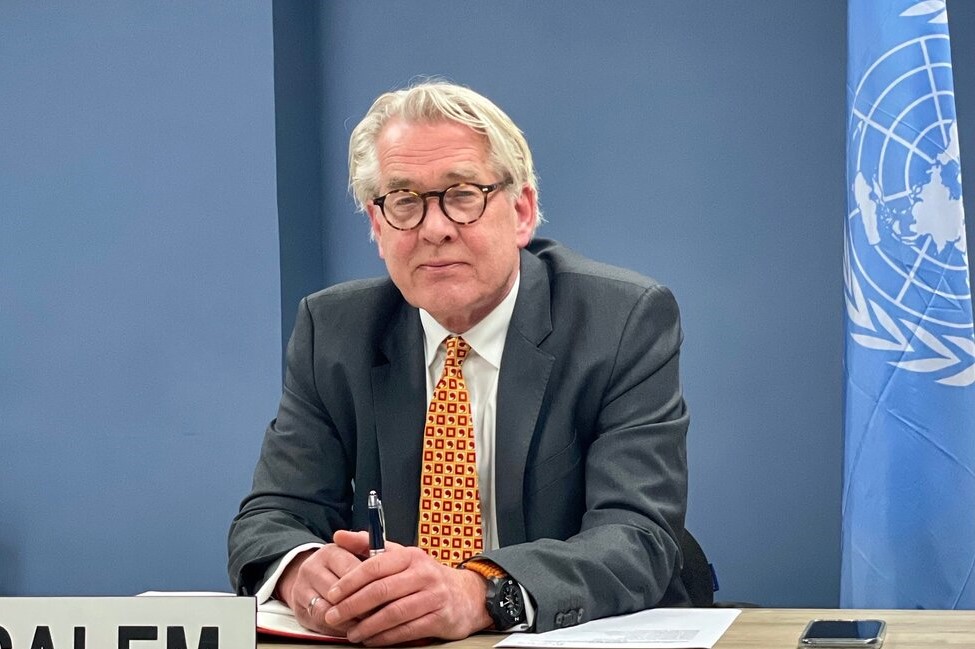 Speaking in a briefing before the United Nations Security Council (UNSC), Wennesland pointed to the spike of violence across the occupied West Bank, with special focus on settler-related violence against Palestinians.

“Daily violence has also continued at high levels across the occupied West Bank,” he said.

Indicating that very little is done regarding the investigation and prosecution of settler-related violence, Wennesland called for holding the perpetrators accountable and bringing them to justice and urged the Israeli forces against the use of “lethal force” against Palestinians.

“Violence has increased across much of the occupied West Bank. Israeli settlement activities continue, along with demolitions and evictions. Fiscal and political challenges threaten the Palestinian Authority’s effectiveness in delivering essential public services. The West Bank and Gaza remain politically divided. Palestinians in Gaza face the challenge of economic and movement restrictions linked with the Israeli closure regime, the nature of Hamas rule and the ever-present threat of violence.”

“Unless fundamental issues are addressed, the cycle of acute crisis followed by short-term fixes will persist. Concerted efforts are needed to restore a political horizon and resume meaningful negotiations,” he added.

Wennesland pointed that the Israeli occupation authorities knocked down or forced owners to demolish 78 Palestinian-owned structures in Area C and 18 in East Jerusalem, displacing some 103 Palestinians, including 50 children. They also demolished two homes housing multiple families in Qarawat Bani Hassan village, near Salfit in Area B, resulting in damage to three additional neighboring homes and displacing 18 people, including ten children.

He added that the occupation authorities also demolished two houses in Rummana village, near Jenin in Area B, displacing 13 people, including four children.

He called “on Israeli authorities to end demolitions of Palestinian-owned property and the displacement and eviction of Palestinians, and to approve additional plans that would enable Palestinians to build legally and address their development needs.”

Meanwhile, Wennesland expressed concern over the occupation authorities’ recent announcement halting the granting of permanent licenses to six Palestinian schools in occupied East Jerusalem, due to what it said was incitement against Israel in the school curriculum.

He made reference to the rejection by the occupation authorities of the objections by five Palestinian CSOs against their proscriptions as “unlawful organizations” from November 2021, the permanent designation of three of the CSOs as “terrorist” and the subsequent closure of the CSOs office premises in Ramallah.

“I reiterate the Secretary General’s concern about the shrinking space for civil society in Israel and the Occupied Palestinian Territory.”

Stressing the need to bring the occupation to an end, Wennesland stated that “managing the conflict is no substitute for a real political process” while elaborating: “We must turn our attention, once again, to the broader strategy of ending the occupation and realizing a two-State solution in line with UN resolutions, international law and previous agreements.”

“Such a strategy will require significant steps from all sides. This must include the strengthening of the Palestinian Authority and its ability to engage with Israel on the political, economic and security fronts as well as working towards the return of the legitimate Palestinian Government to Gaza.”

“Crucially, we must work towards restoring a political horizon. As a first step, tensions and violence across the OPT should be stopped or significantly reduced, especially in the West Bank, including East Jerusalem. Unilateral steps that perpetuate negative trends need to stop.”

He called for improving the space for Palestinian economic activity and expanding the movement in Gaza and the West Bank while taking steps to strengthen the Palestinian Authority, including its institutional capacity.

“Given what I regularly report to this Council, the status quo is not a strategy nor a strategic option – not for positive change on the ground nor for a restart of talks between the two sides. I urge the Israeli and Palestinian leadership, regional countries and the broader international community to take firm action to enable a return to meaningful negotiations,” he concluded.