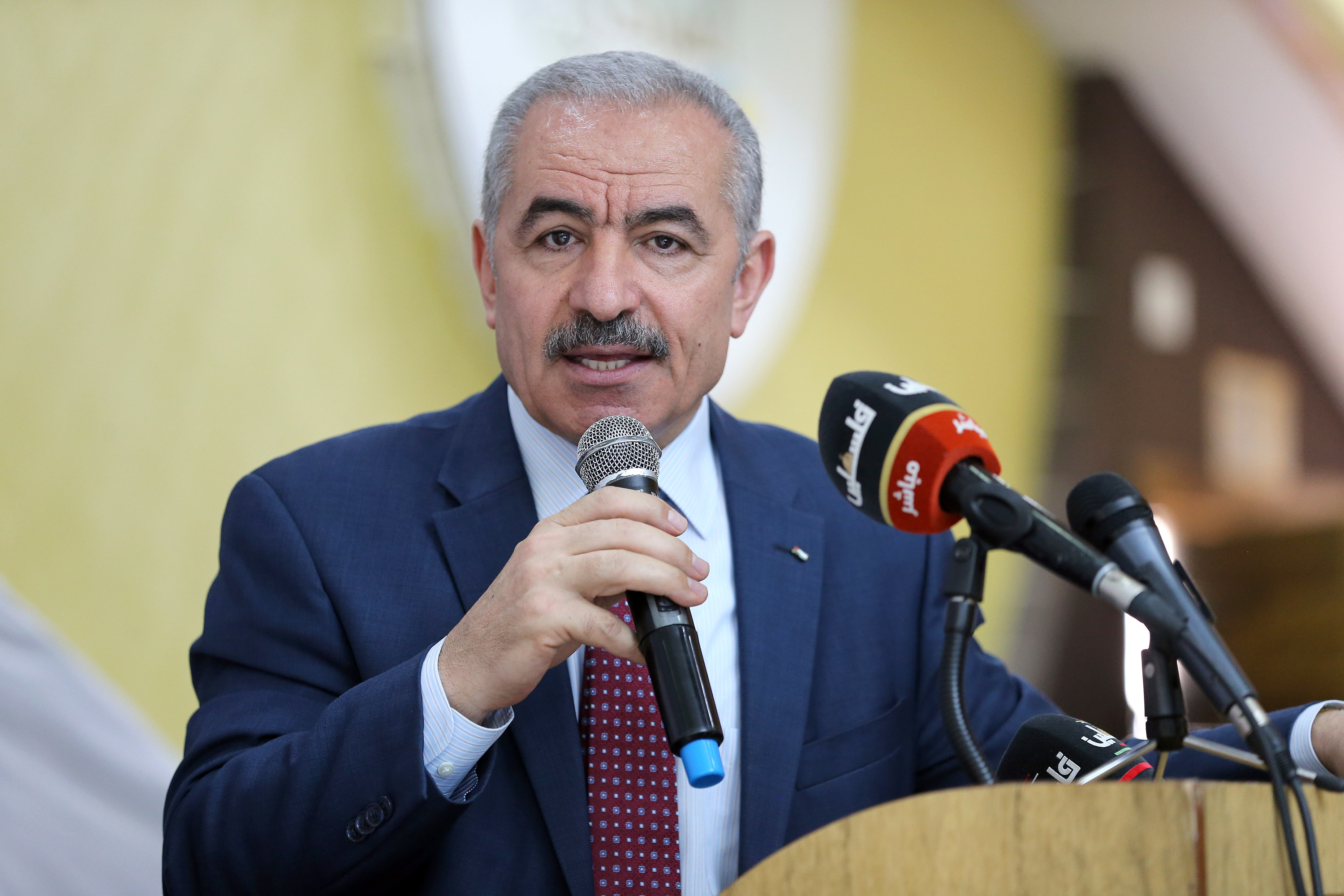 RAMALLAH, Tuesday, August 9, 2022 (WAFA) –Prime Minister Muhammad Shtayyeh today condemned the new massacre committed by the Israeli occupation forces in the northern West Bank city of Nablus, which left three people dead and the wounding of more than 40 others, warning of its serious consequences.

The Prime Minister said in a statement that while Gaza is recovering from its wounds and burying its dead from the barbaric aggression on the besieged Gaza Strip, which claimed the lives of dozens of people and hundreds of wounded, most of them women and children, soldiers committed today a new massacre using rocket-propelled grenades to bombard civilian homes in the old town of Nablus.

“What our people are subjected to in terms of organized terrorism in Gaza, Nablus, Jenin, Hebron, and the occupied city of Jerusalem; which is witnessing an ethnic cleansing process, an attempt to Judaize it, and the desecration of the holy Al-Aqsa Mosque and the Ibrahimi Mosque, in addition to the displacement of people, and the seizure of lands in the Jordan Valley and in Masafer Yatta, all of these terrorist practices must stir the global conscience to take measures to stop the bloodshed, which once it stops in one area, it starts in another, leaving more pains and aches, which our people have been suffering from for more than 74 years,” said Shtayyeh.

He called on the United Nations Security Council, which held a special session yesterday to discuss the Israeli aggression on the Gaza Strip, “to break the double standards in dealing with international laws, and to take actual steps, parallel in effect to those taken in Ukraine, to punish the Israeli occupation for its repeated crimes, and to provide protection for our people with actions that go beyond statements of denunciation, which the occupation authority does not believe have any value but rather tempts it to commit more crimes and shed more innocent blood that the leaders of the occupation state use in the race to win the upcoming Israeli elections, and in implementation of the instructions to shoot and kill our people.”