In an effort to desiccate the Palestinian communities in the Jordan Valley, Settlements Council seizes water tanker 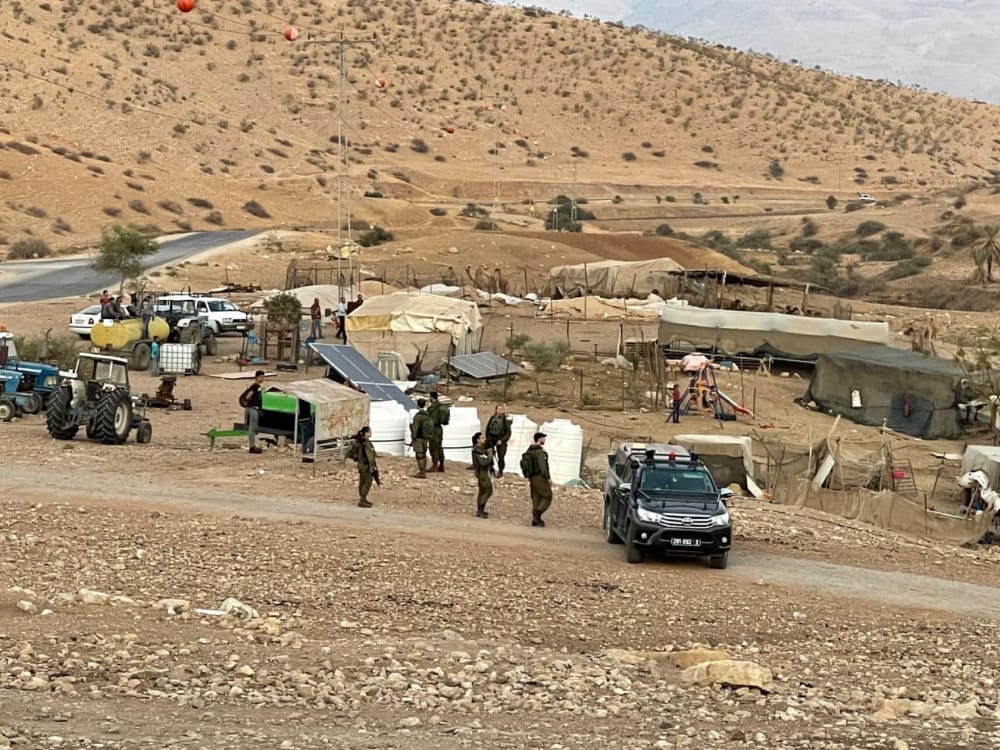 JORDAN VALLEY, Tuesday, July 19, 2022 (WAFA) – In their efforts to desiccate the Palestinian communities in the Jordan Valley in a step to force them to leave the area, the Israeli Settlements Council today seized a water tanker owned by a local Palestinian, according to a local official.

Mahdi Daraghmeh, head of al-Maleh village council in the Northern Jordan Valley, told WAFA that the Settlements Council seized the tanker while its owner was hauling water for his cattle.

Residents of several communities in that area, said Daraghmeh, rely on the seized water tanker to bring them water for themselves and their cattle.

While settlers freely build water pipes and networks for their settlements and build water reservoirs in the fields, Palestinians are not allowed to have water in any way for their households or herd.