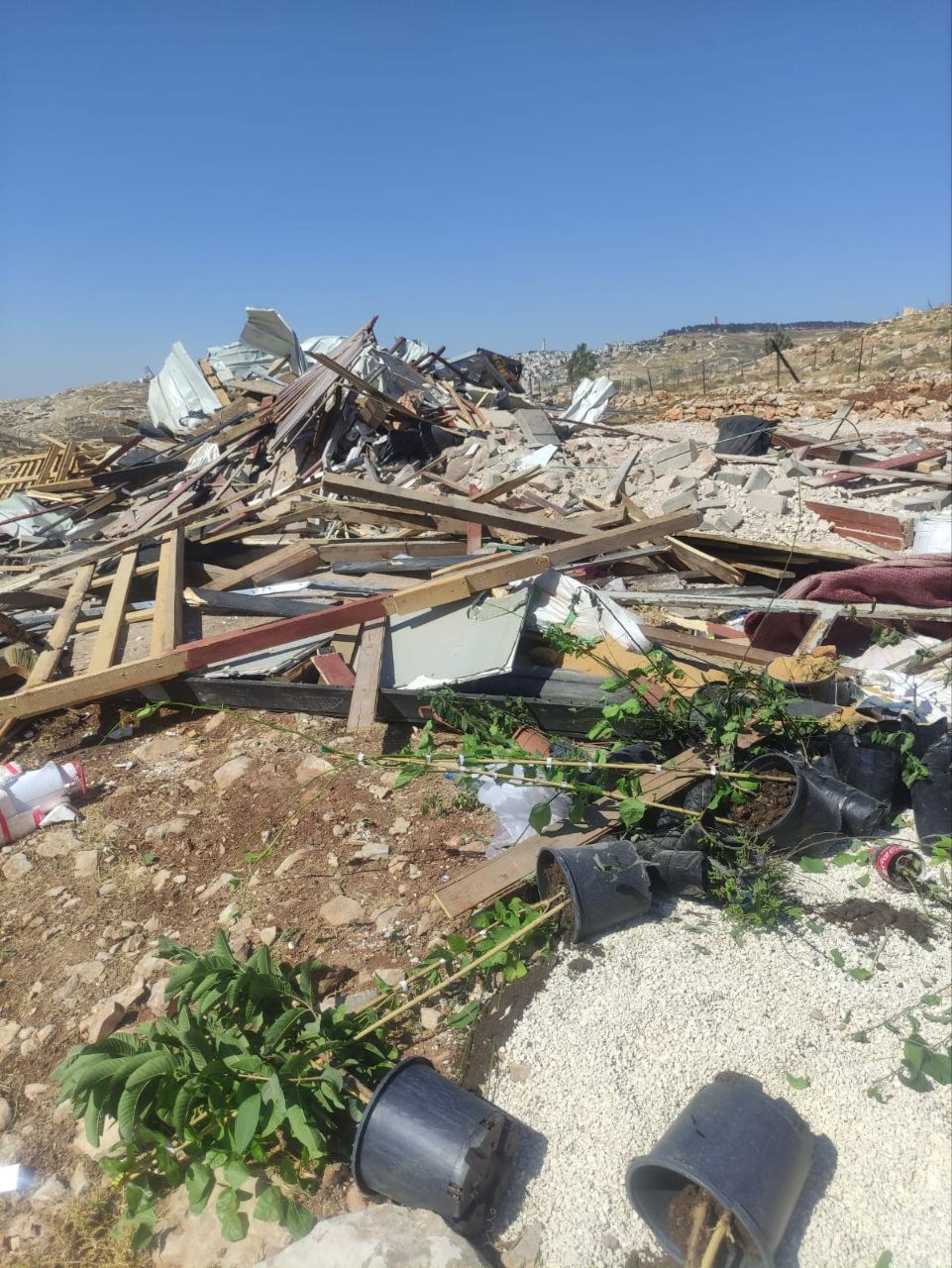 Remains of the demolished nursery in Isawiyya neighborhood of occupied East Jerusalem.

JERUSALEM, Monday, July 04, 2022 (WAFA) – Bulldozers of the Israeli municipality of West Jerusalem today razed an under-construction house and a nursery in the East Jerusalem neighborhoods of Jabal al-Mukabber and Isawiyya, according to local sources.

Israeli police and municipal staff escorted a bulldozer to Jabal al-Mukabber where the heavy machinery tore down an under-construction house belonging to Omar Jaafra purportedly for being built without a rarely-issued license.

The police detained two young men in the course of the demolition.

Meanwhile, the municipality bulldozers swept a plot of land and tore down a nursery belonging to Rafat Tareq in Isawiyya neighborhood.