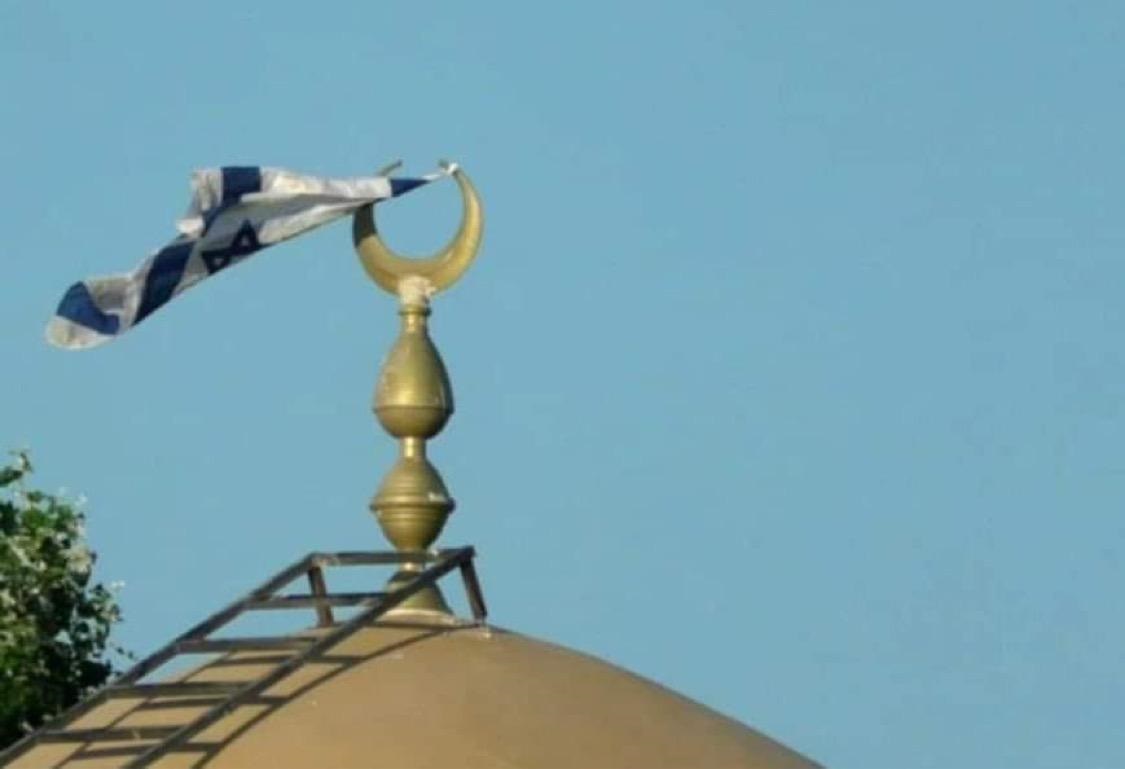 BETHLEHEM, Friday, June 24, 2022 (WAFA) – Israeli settlers Friday dawn hoisted the flag of Israel atop a mosque in Kisan village, east of Bethlehem city, according to a local sources.

Ahmad Ghazal said that a group of settlers sneaked their way into the southern West Bank village, vandalized the main entrance of a local mosque and attempted to break inside, but could not do so.

The vandals, Ghazal added, ascended to the mosque roof and hoisted a flag of Israel.