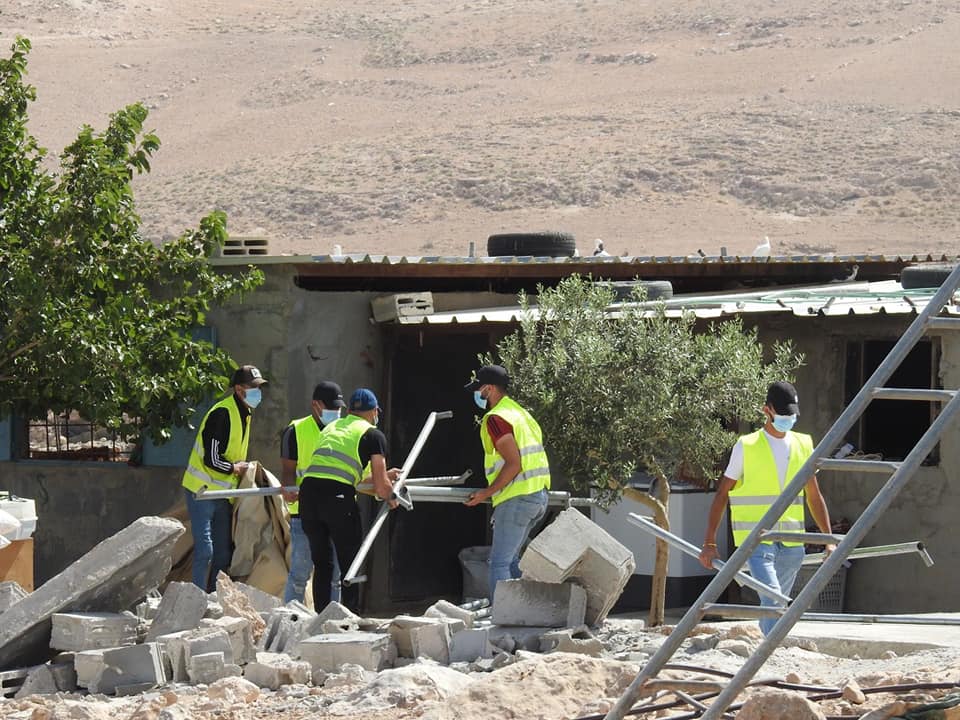 Officers of the so-called "Civil Administration" are seen dismantling the dwellings and agricultural structures in Masafer Yatta (Photo credit: Alliance for Human Rights)

HEBRON, Wednesday, June 01, 2022 (WAFA) – Israeli forces today tore down a number of dwellings and agricultural structures in Masafer Yatta, south of Hebron, according to a local activist.

Fuad al-Amour said that Israeli forces and officers of the so-called Civil Administration barged their way into al-Fakhit and al-Mirkez hamlets, where they razed three residential rooms, four tents, a mobile house and two livestock barns, all belonging to the families of Abu Sabha family.

They also seized three tents belonging to the same family.

Israeli forces had razed a 100-meter-squared dwelling for the same family some two weeks ago.