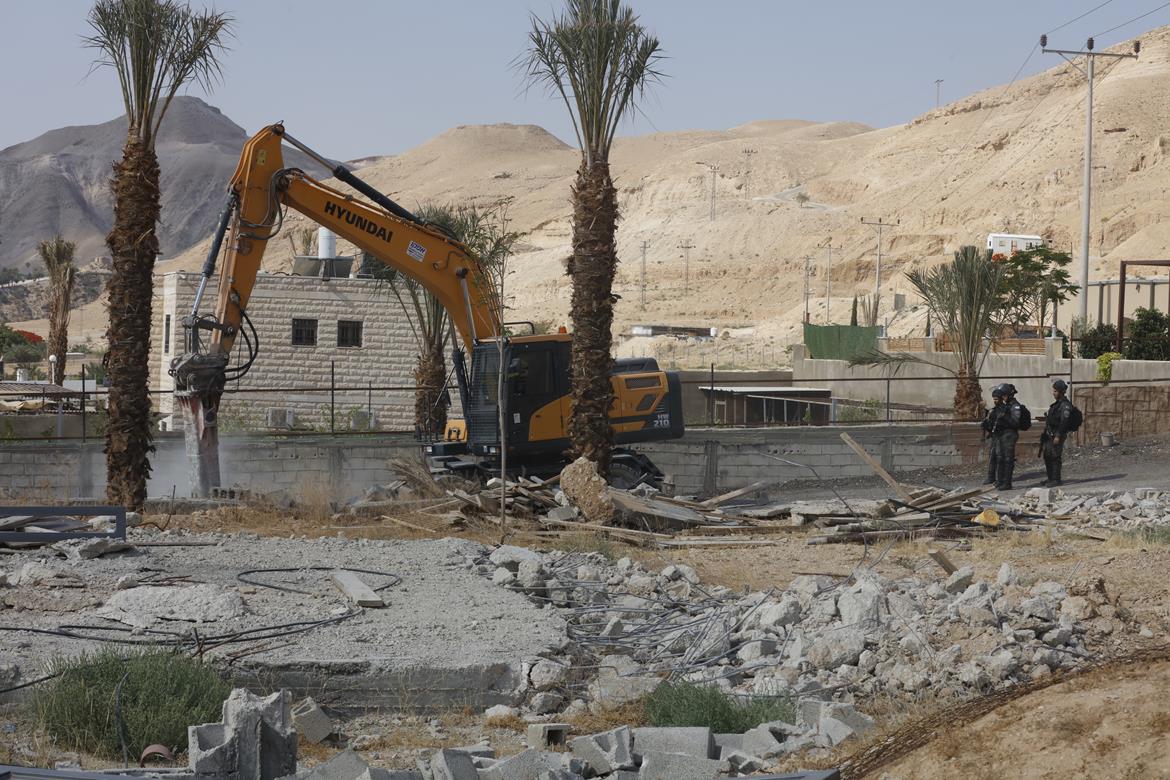 JENIN, Wednesday, June 1, 2022 (WAFA) – Israeli forces Wednesday issued a demolition notice against the family of a Palestinian whom Israel accuses of carrying out an attack in the Israeli city of Tel Aviv.

Hamza Jarrar, the building's owner, told WAFA that a lawer from Jerusalem has informed him of Israel's intenion of demolishing the 130 square meter apartment of Ra'ed Hazem, 28, whom the Israeli authorities accue of carrying out an attack, killng three Israelis and injuring others in the Dizengoff Street in Tel Aviv last April before he was later shot and killed.

He said that the demolition is set to take place next Sunday.