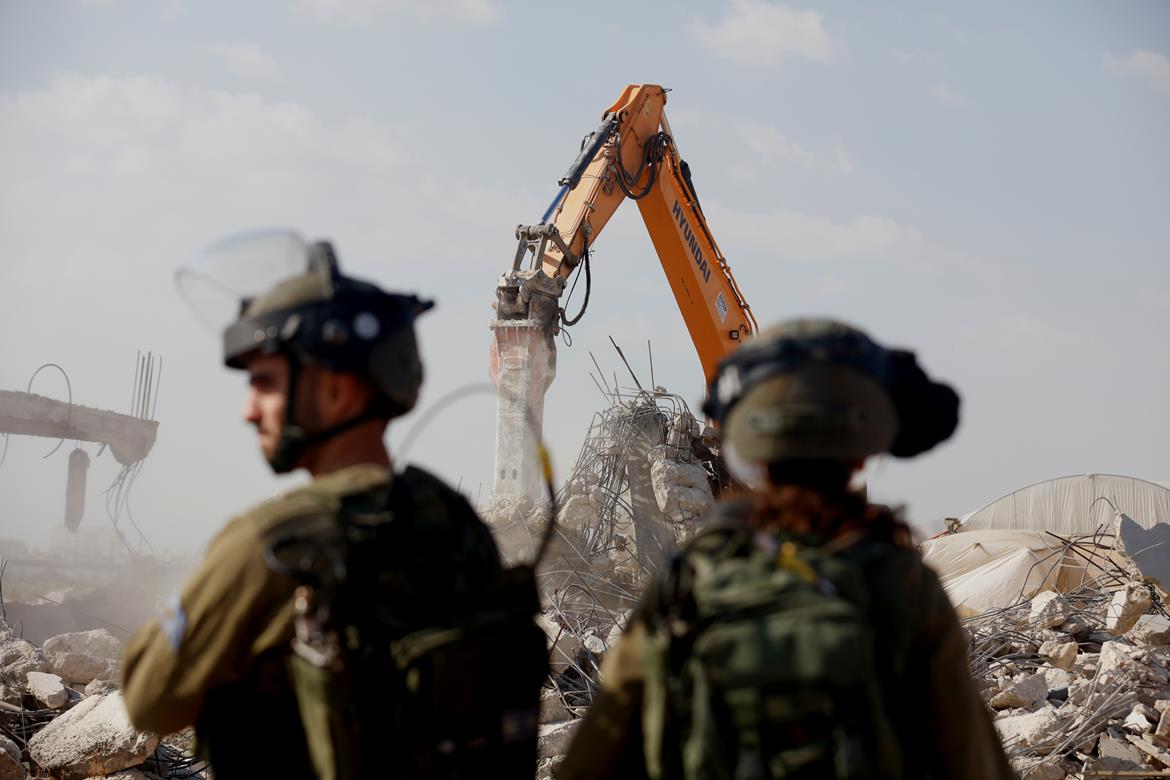 She said that Israeli police and municipal staff barged their way into the neighborhood, cordoned off the 200-square-meter family house of Hatem Abu Riyala before demolishing it for the sixth consecutive time, displacing his eight-member family.

Abu Riyala told WAFA that the Israeli municipality in Jerusalem has demolished his house five times since 1999 under the pretext of unlicensed building, refusing to grant his family the required license. The municipal crews carried out the demolition without waiting for a court ruling, which was supposed to come out today.

He noted that the heavily-armed police assaulted him and his family members, fracturing the arm of one of his daughters.

The soldiers escorted a bulldozer into the town, where the heavy machinery leveled a 70-square-meter dwelling belonging to Abdul-Rahman Salaymeh, reducing it to rubble and displacing his five-member family.

They also demolished a structure he used as a cattle barn, which covered an area of 120 square meters, in addition to retaining walls belonging to four other residents.