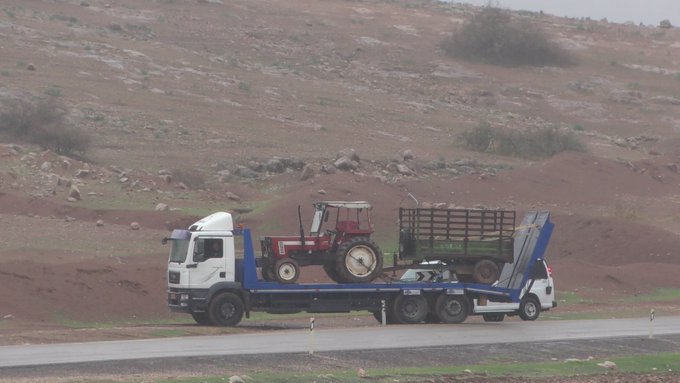 Mu'taz Bsharat, an activist, said that the Israeli soldiers raided areas in the northern Jordan Valley and sezied more than six tractors and other Palestinian-owned vehicles.

To be noted, Israeli forces have recently escalated their military measures in the northern valley, aiming to force people out of their lands through violating their properties.