Minister of Justice: The forced Israeli displacement of Palestinians in Masafer Yatta is a war crime 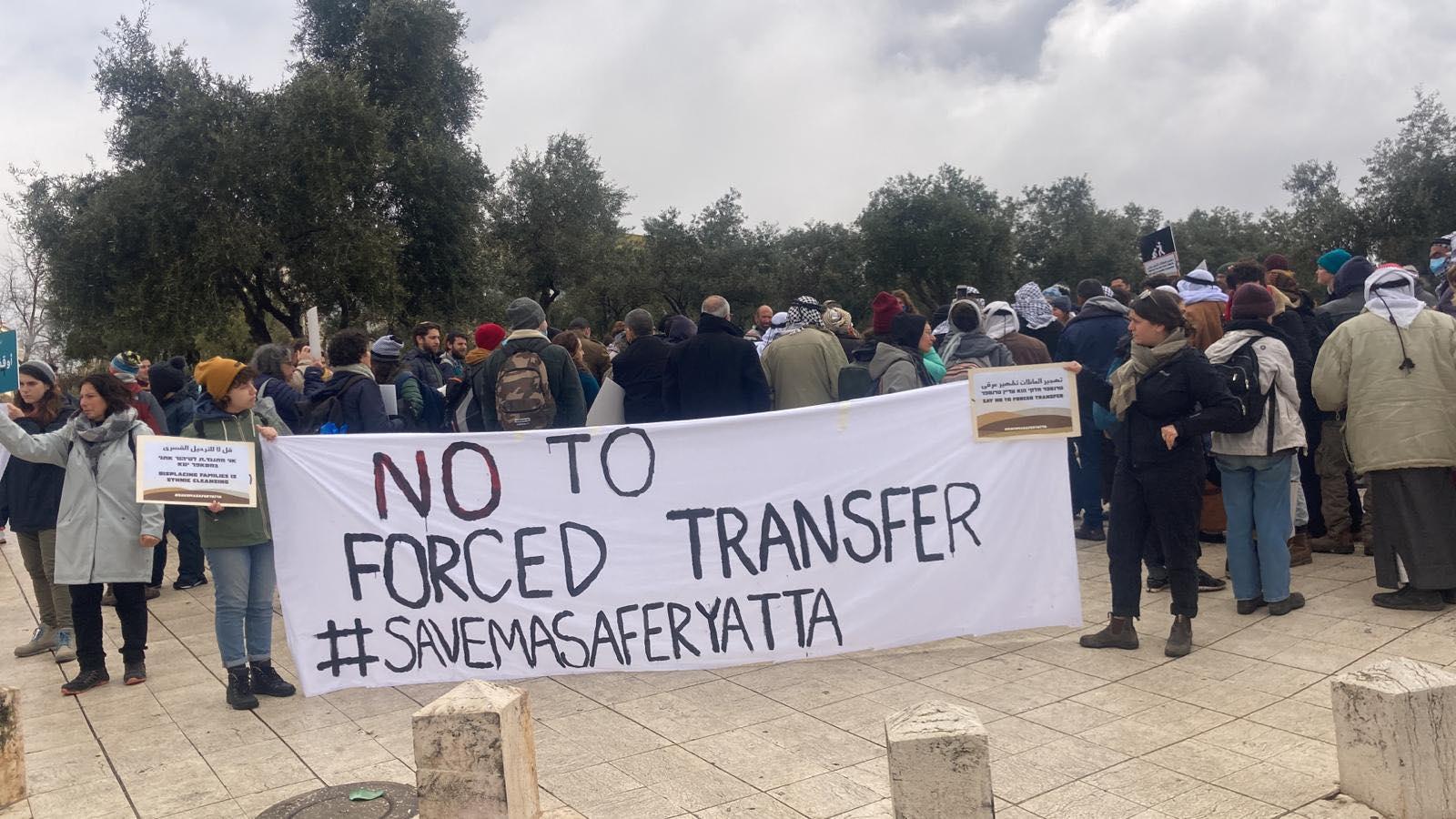 RAMALLAH, Monday, May 9, 2022 (WAFA) - Minister of Justice Muhammad Shalaldeh said today that the forcible displacement of citizens by the occupying Power, Israel, in Masafer Yatta, south of Hebron, and the approval of the demolition of 12 villages there, is a war crime against humanity, and legal and criminal accountability applies to it.

He called during a press conference held in Ramallah on the Prosecutor of the International Criminal Court, Karim Khan, to start an immediate investigation into all these violations and to force Israel to implement United Nations resolutions, foremost resolution 2334 on the Israeli settlements.

“The international community should act, particularly at the level of the international criminal justice represented by the International Criminal Court, to hold accountable and prosecute those who commit these crimes that amount to war crimes and crimes against humanity, and to file law cases against them, starting with the Israeli prime minister all the way to any settler or soldier,” said the Justice Minister.

Shalaldeh stressed the need to activate the principle of universal jurisdiction, and this is based on the text of Article 146 of the Fourth Geneva Convention, which is the responsibility of the Swiss Confederation to call on the State Parties for an immediate meeting to compel Israel to respect and implement the conventions, and the international community, represented by international organizations, must move from condemnation and denunciation.to the stage of forcing the occupying power to implement international resolutions, imposing sanctions on Israel, and severing diplomatic relations with it.

He added that the occupying power, based on The Hague Convention of 1907, the Fourth Geneva Convention of 1949, and especially Article 49 on the displacement of the civilian population from their occupied lands, should not transfer its population to the occupied territory, noting that the conventions are clear regardless of whether Israel recognizes them or not.

“Our people have the right, based on the principles and rules of international law, to resist in matters related to the principle of the right to self-determination to end the occupation,” he said.

Shalaldeh said that as part of his ministry’s duty to help the citizens of Masafer Yatta, it will file legal cases against the occupying power and settlers in order to hold Israel legally responsible for its actions.

The recent strongly-criticized Israeli High Court’s ruling upholding a decision to remove 12 Palestinian villages in Masafer Yatta and displace thousands of their Palestinian citizens in order to build illegal settlements comes at a time Palestinians mark the 74th anniversary of their Nakba when Israel was created in 1948 and more than 700,000 Palestinians were forced to leave their homes and land and become refugees.