Israeli occupation forces leave the West Bank city of Jenin after killing one Palestinian, injuring 13 others 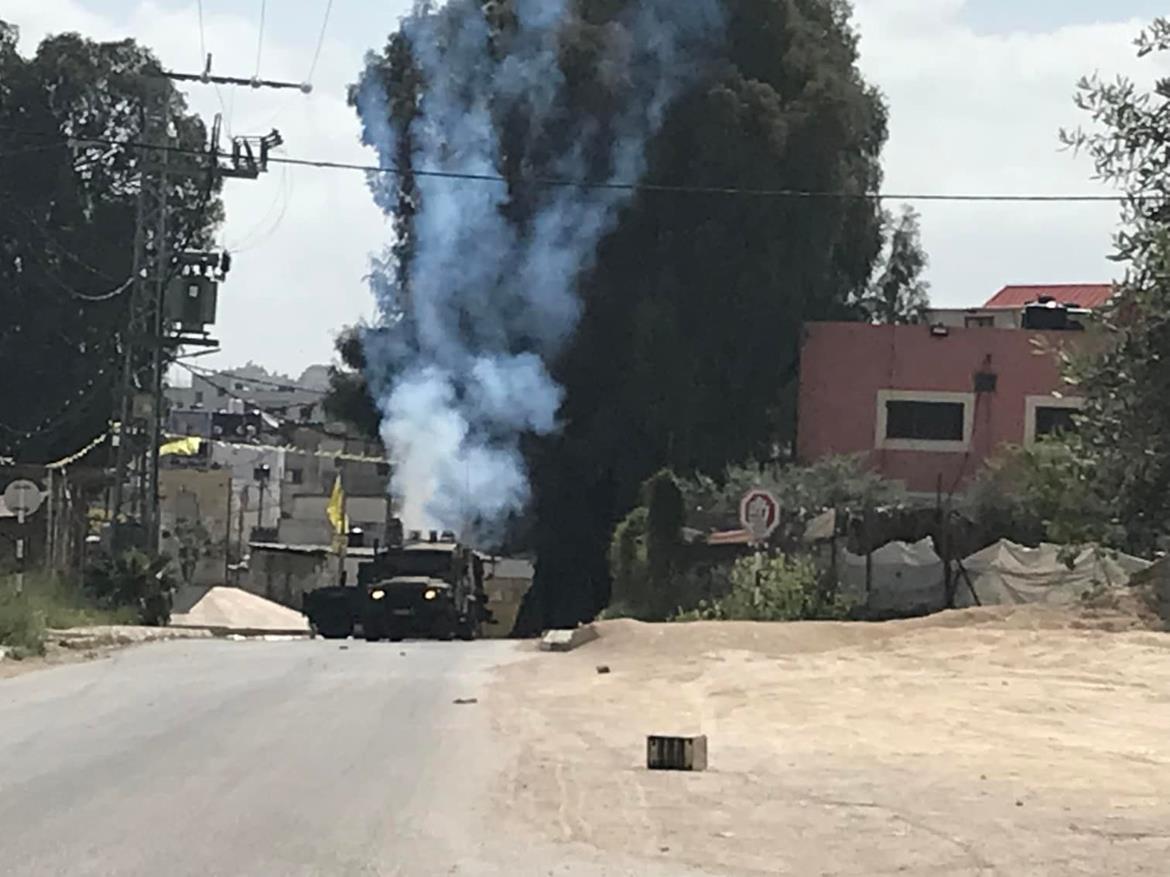 JENIN, Saturday, April 09, 2022 (WAFA) – The Israeli occupation forces left the northern West Bank city of Jenin several hours after raiding it this morning but not before killing one Palestinian man and injuring 13 others, according to witnesses and the Ministry of Health.

Palestinians confronted the raiding forces, which opened machine gunfire at the Palestinians killing one and injuring the others.

The Ministry of Health said the Palestinian man, who was later identified as Ahmad Saadi from Jenin refugee camp, was shot in the head and chest and killed immediately while 13 others were injured, two of them were hit in the abdomen by live bullets and were admitted to surgery, including a 19-year-old girl, and one hit by shrapnel in the head, while the others were reported in stable condition.

The Israeli army waged this morning a large-scale raid of the northern West Bank city of Jenin and its refugee camp, targeting mainly the residence of Raed Hazem, who attacked and killed three Israelis and injured others in Tel Aviv on Thursday evening before he was shot and killed in nearby Jaffa nine hours later.

Witnesses said the Israeli forces surrounded the Hazem family house in Jenin refugee camp and called on his family to come out of the house and turn themselves in.

However, apparently members of the family were not in the house and reports said the army took measurements of the house in preparation to demolish it as part of Israel’s collective punishment policy against the family and relatives of attackers.

The army also closed the Jalama crossing between Jenin and Israel and prevented Jenin residents from entering Israel as a punishment for the entire city.