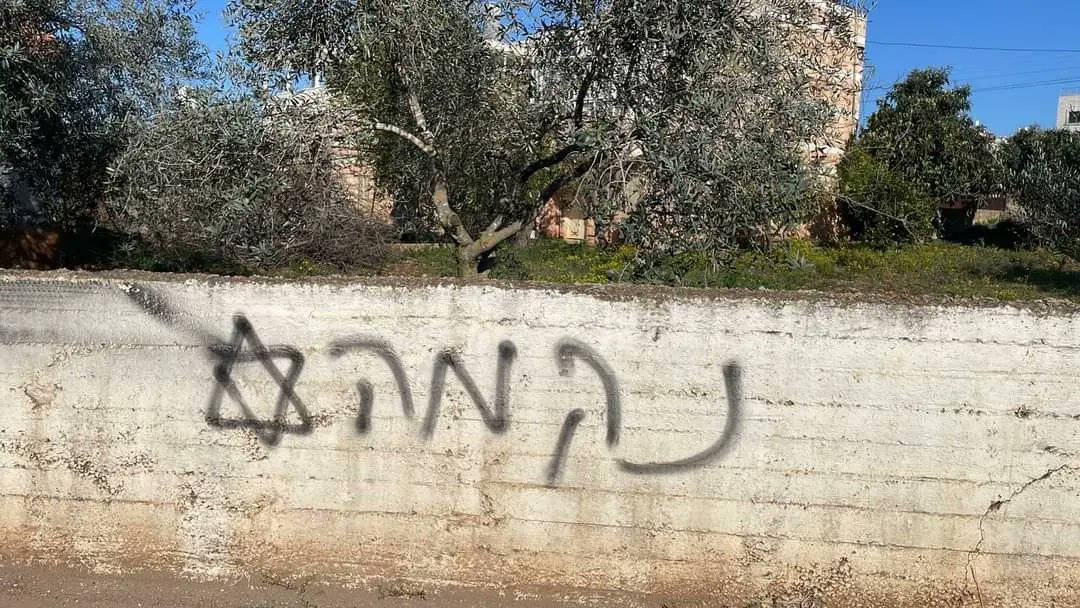 RAMALLAH, Monday, March 28, 2022 (WAFA) – Israeli settlers today vandalized Palestinian vehicles in Turmus Aya town, north of the West Bank city of Ramallah, according to security sources, the second settler violence against Palestinians in the occupied West Bank in one day.

They said that a group of settlers sneaked into the town where they punctured the tires of several vehicles and scrawled anti-Palestinian and anti-Arab hate graffiti on the external walls of nearby houses.