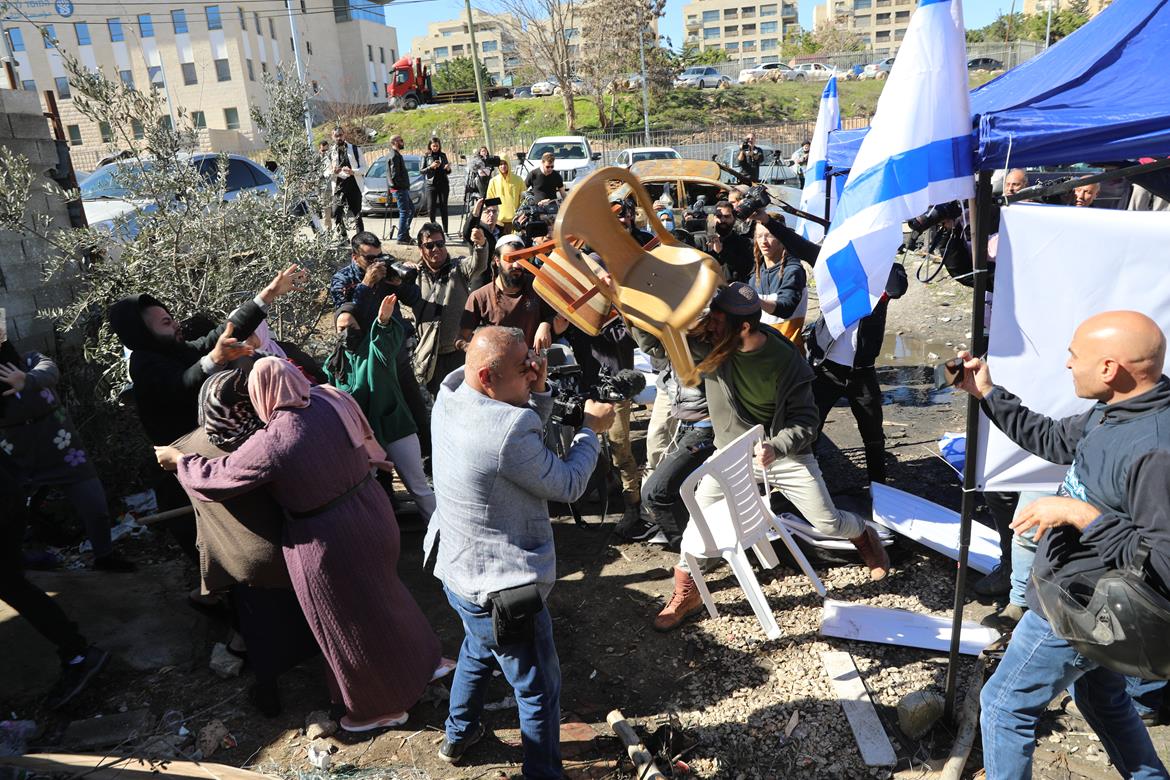 Palestinian residents of Sheikh Jarrah clashing with Israeli settlers who broke into their neighborhood. (WAFA Images)

JERUSALEM, Monday, March 21, 2022 (WAFA) – The fascist Israeli lawmaker Itamar Ben Gvir continued to provoke the Palestinian residents of Sheikh Jarrah neighborhood in occupied East Jerusalem when he returned today to the neighborhood along with a couple of his followers and immediately started trouble, reported WAFA correspondent.

She said that Ben Gvir, 45, who heads the Israeli far-right Otzma Yehudit party in the Israeli parliament, the Knesset, went to a makeshift office he had illegally set up last month in the front yard of the home of the Palestinian Salem family and attempted to assault residents and activists taking vigil in the area to protect the residents from the Israeli attacks.

Police, who keep a constant presence in the area in light of the Israeli provocations, provided protection to Ben Gvir who has previously caused serious friction in the neighborhood as he and other Israeli settler fascists like him seek to expel Palestinians from their homes and replace them with Jewish settlers.