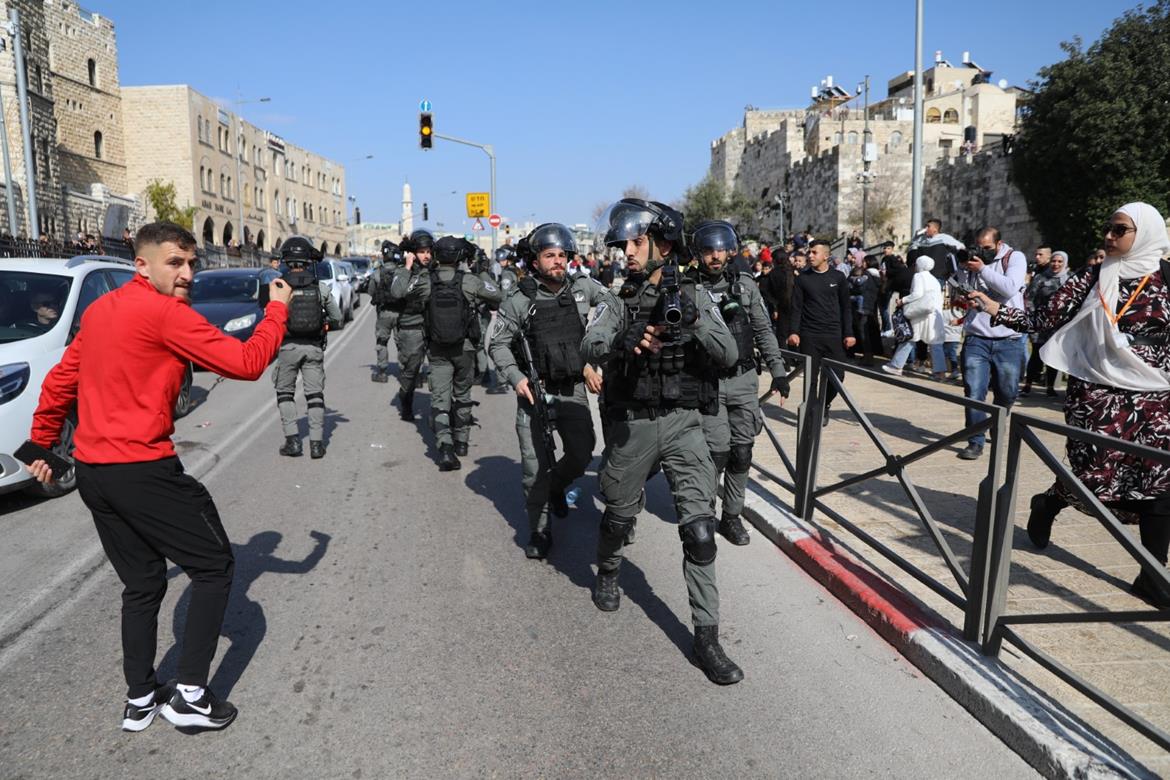 Israeli police today intensified their presence and deployed their heavily armed troops in Bab al-Amoud and its surrounding area, attacking Palestinians who gathered at Bab al-Amoud to celebrate and worship this important Muslim holiday, injuring dozens of people. including two children.

Dozens of Palestinians were injured and others were detained as Israeli police suppressed a special ceremony to celebrate the Muslim holiday.

The Palestinian Red Crescent said it dealt with at least 31 injury cases, four of whom were transferred to hospital. A six-month-old baby and a child with special needs were reportedly injured after being struck in the face with a stun canister fired by the police.

Al-Isra Wal Miraj is observed every year on the 27th day of the Islamic month of Rajab, almost one month before the start of the holy fast month of Ramadan. The date changes every year in the Gregorian calendar.