Suffocation injuries during Israeli assault on school near Nablus 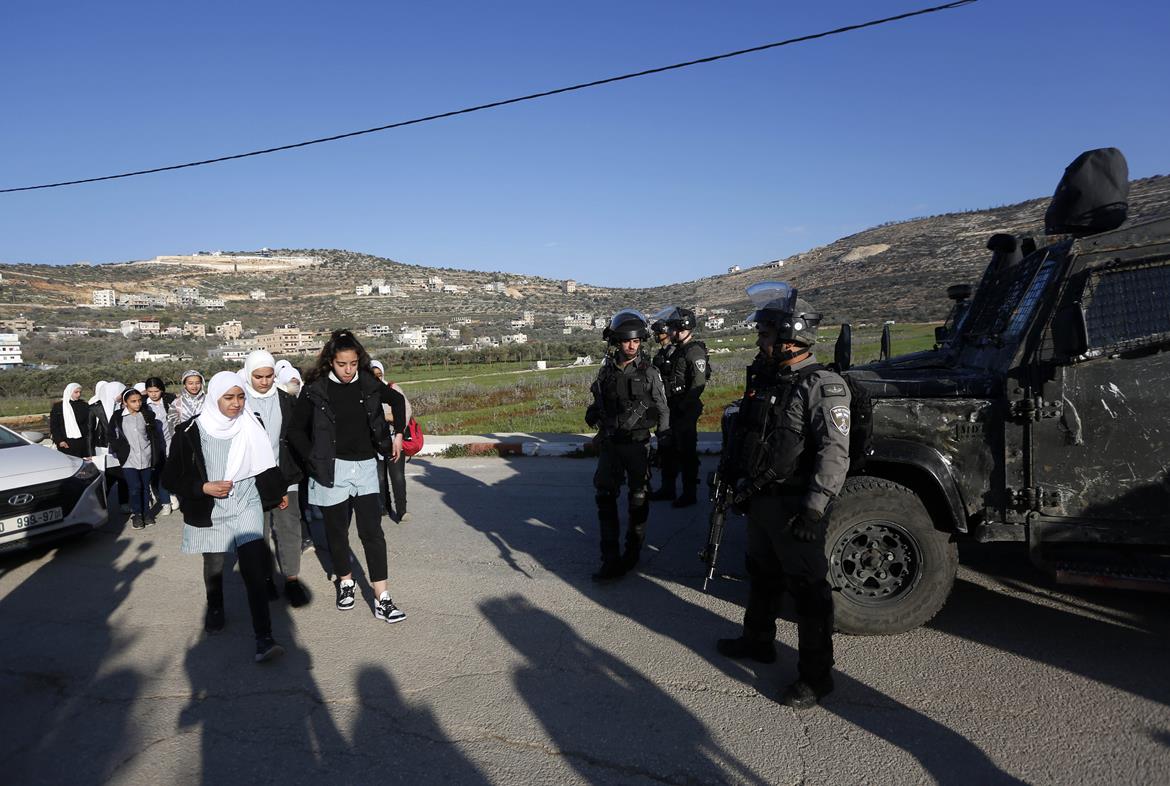 For the fourth day in a row, Israeli settlers, backed by soldiers, disrupted studies at al-Lubban al-Sharqiya school, south of Nablus, when they prevented students from reaching their school located on the main Ramallah-Nablus road.

Yasser Ghazi, school prinicipale, told WAFA that the Israeli soldiers hit two students and tried to choke one of them as they were heading to their school located off the main Ramallah-Nablus road.

Yacoub Awais, head of al-Lubban al-Sharqiya village council, told WAFA dozens of settlers gathered at the entrance of the village and intentionally prevented the students from reaching their school in order to disrupt education.