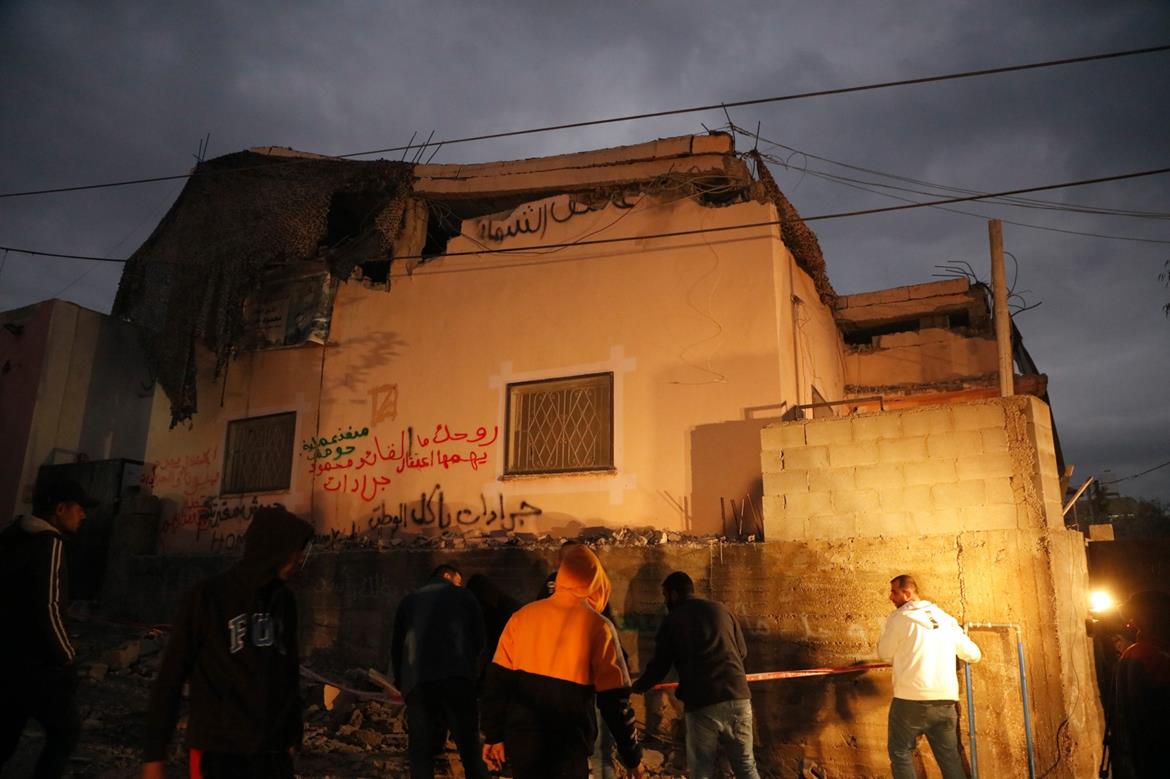 A sizable military force, including bulldozers, barged its way into the northern West Bank town from different directions as the soldiers stormed many buildings and occupied their rooftops to use them as firing posts.

They stormed the house of Mahmoud Ghaleb Jaradat, a prisoner who is accused of killing an Israeli settler in mid December, took measurements of the property before detonating and partially destroying it.

The raid, which started on Sunday evening, triggered violent confrontations that saw Palestinian youths hurling rocks and Molotov cocktails at the soldiers inside the town.

By the time the raid was over, Israeli troops killed a 17-year-old teen and injured at least 17 others, including two critical injuries.

Jaradat is accused of killing an Israeli settler in a shooting attack near the evacuated colonial settlement outpost of Homesh, north of Nablus, in mid December.

The incident came a few days after Israeli forces shot and killed a Palestinian man in the city of Nablus following a raid on his home, in addition to killing another and wounding 70 others during a protest against colonial settlement construction and land pillage in the Nablus-district town of Beita.