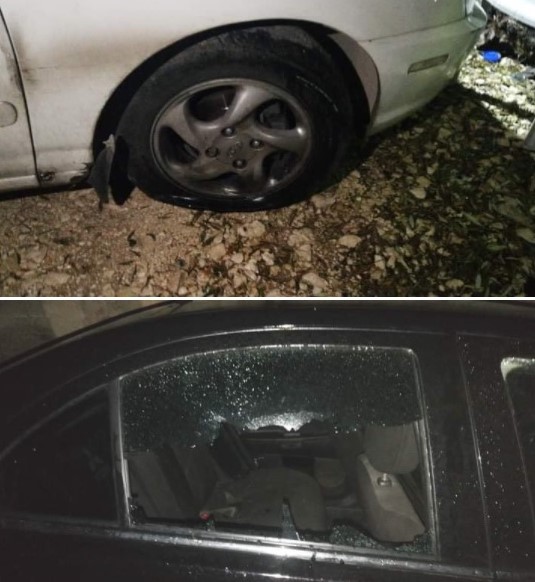 They vandalized the vehicles of three of the town residents, smashing the windshields of one and slashing the tires of two others.

Located some five kilometers to the north of Salfit city, Kifl Haris has a population of some 4,450 and occupies a total area of some 9,300 dunams.

Under the Oslo Accords, an agreement made 25 years ago that was supposed to last just five years towards a self-governing country alongside Israel, the Palestinian Authority was given limited control over 42 percent of the village total area, classified as area B, which constitutes of the built-up area of the village. In contrast, Israel maintains control over the remainder, classified as Area C, which constitutes mostly of agricultural areas, open spaces and lands confiscated for colonial settlements.