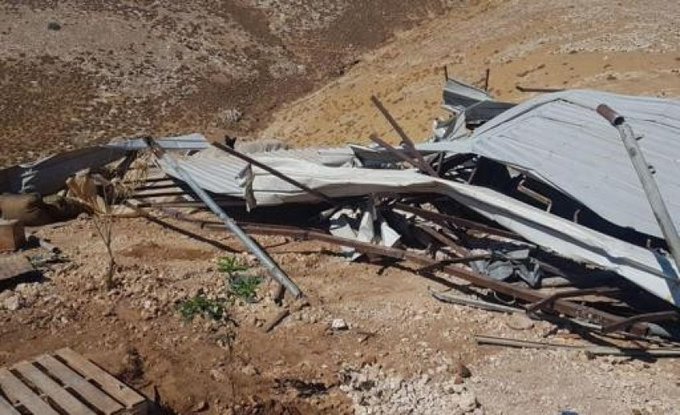 QALQILYA, Wednesday, February 9, 2022 (WAFA) – Israeli occupation forces today demolished greenhouses in the village of Jayyous, to the east of the northern occupied West Bank city of Qalqilya, according to sources.

Mohammad Abu Sheikh, an activist, said that Israeli forces demolished 10-dunums of greenhouses planted with vegetables and owned by a local resident.

Israeli forces claimed that the greenhouses are located in the area classified as Area C in the occupied West Bank, which is under full Israeli military control.