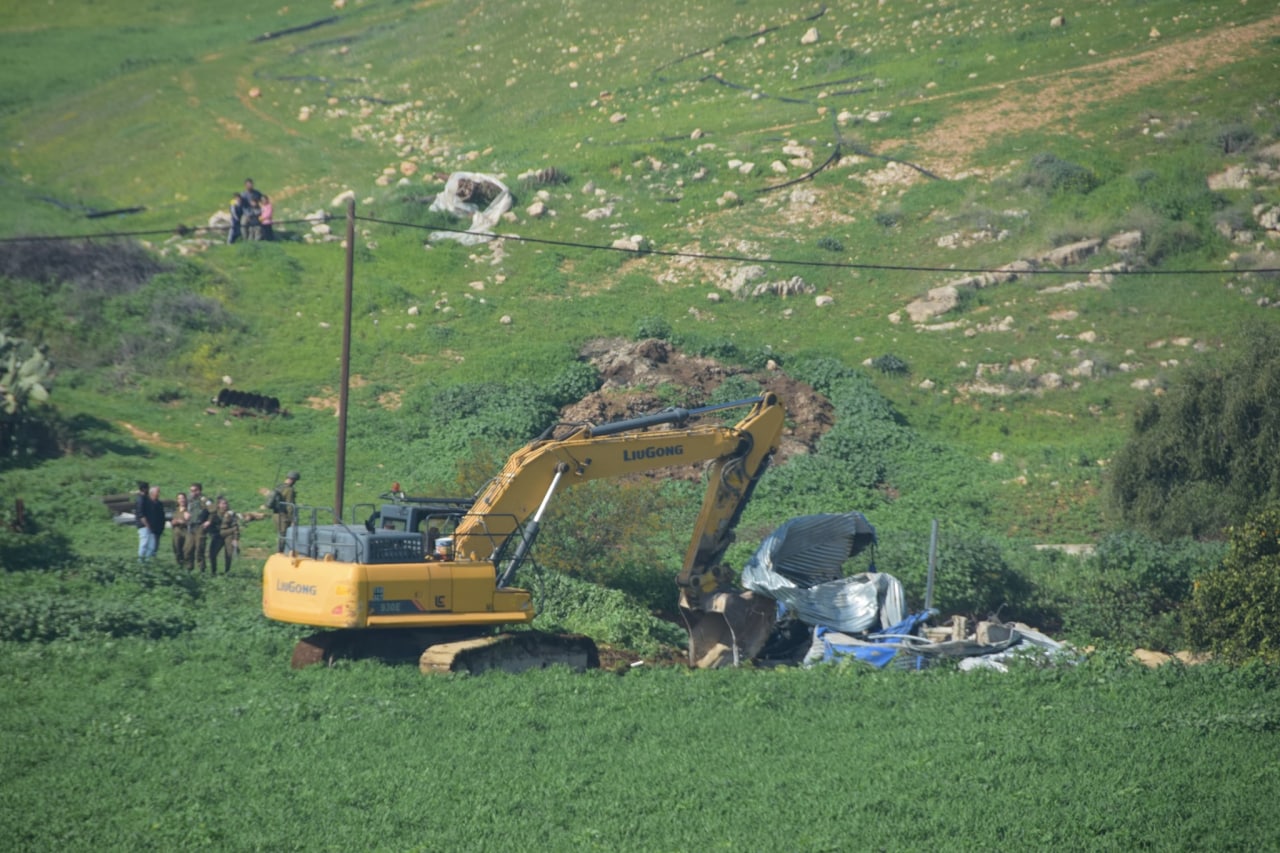 The town mayor of Furush Beit Dajan, Azzam al-Hajj Mohammad, said that the Israeli escorted a bulldozer into the town, where the heavy machinery razed a 250-cubic-meter water cistern belonging to Thabet Abu Thabet, reducing it to rubble.

Israeli forces have frequently leveled Palestinian lands in the town in search for what Israel deems as “unauthorized water wells and pipelines.”

Furush Beit Dajan is located in the West Bank’s Area C, under full Israeli administrative and military control, where Israel rarely issues construction permits to Palestinians, forcing many to build without permits to shelter their families.

Meanwhile, over 700,000 Israeli settlers live in Jewish-only colonial settlements across occupied East Jerusalem and the West Bank in violation of international law.

Israel has seized hundreds of dunums from Furush Beit Dajan for the construction of al-Hamra settlement, located to the west of the village, al-Hamra military base and checkpoint as well as the by-pass road No. 57, which connects the Jordan Valley to Nablus area.