Palestinian family in East Jerusalem ordered to tear down its apartments, the second in one day 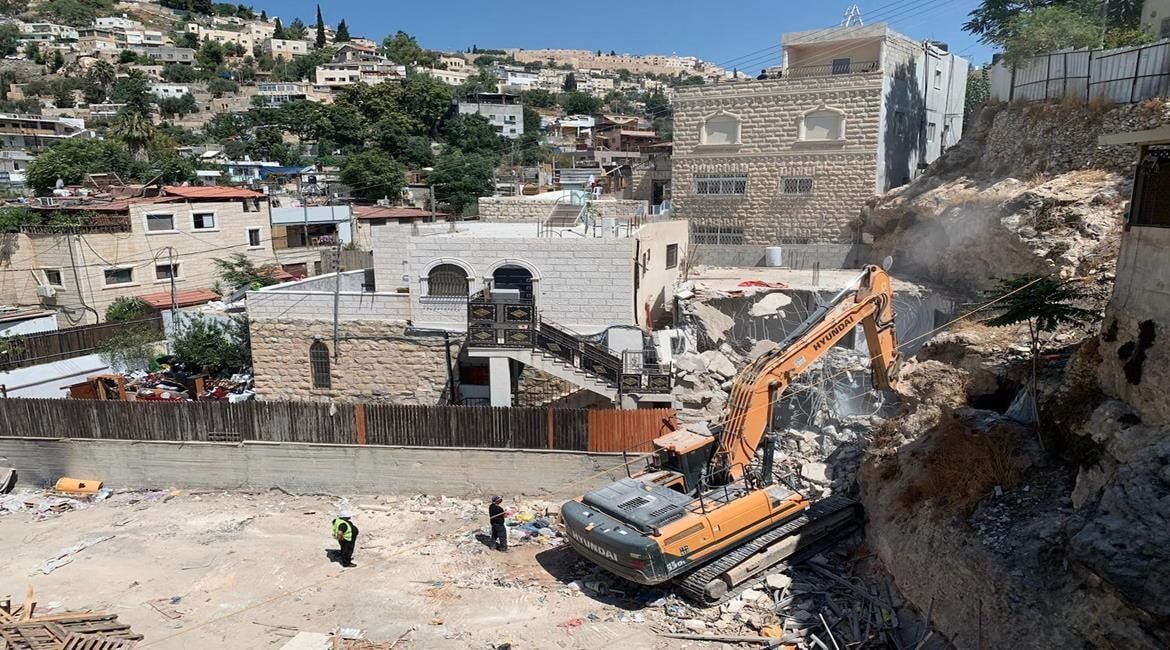 Demolition in East Jerusalem under the pretext of construction without a permit. (File photo)

JERUSALEM, Monday, January 31, 2022 (WAFA) - A Palestinian family in East Jerusalem, the Obeid family from Isawiyya neighborhood, was forced today to demolish two apartments it was building that were still in the construction stage, according to a family member, the second such self-demolition in the city in one day.

Ayesh Obeid said he started five months ago to build two apartments for his two sons for a total area of 200 square meters and at a cost of $100,000 until he received 10 days ago a notice from the Israeli municipality to stop the construction and to tear down what he has already built.

He said that even though he was building the two apartments on land owned by his family for generations, getting a permit for construction from the Israeli municipality is an almost impossible task forcing him to build for his expanding family without a permit.

Ahmad Rweidi, a Palestinian official from East Jerusalem, said 250 Palestinian-owned houses are under threat of demolition in the next six months.

“While the municipality gives building permits to settlers, it rejects permits to Palestinians, which compels them to build without a permit,” he told WAFA.

He said that 22,000 Palestinian-owned houses are threatened with demolition in Jerusalem, according to data collected from human rights organizations and lawyers. “This is a political issue through which the occupation authority wants to enforce total dominion in Jerusalem and reduce the Palestinian presence in the city to 15% of the total population in the eastern and western parts of the city,” he said.

Earlier today, the Shuqeirat family in Jabal al-Mukabber neighborhood in East Jerusalem was also forced to demolish two apartments also under the pretext of building without a permit.

Palestinians demolish their houses in the city under pressure from the Israeli municipality to avoid paying extremely high fees, costs and fines if the municipality staff carry out the demolition.