Israel forces Palestinian to continue self-demolishing of store in Jerusalem 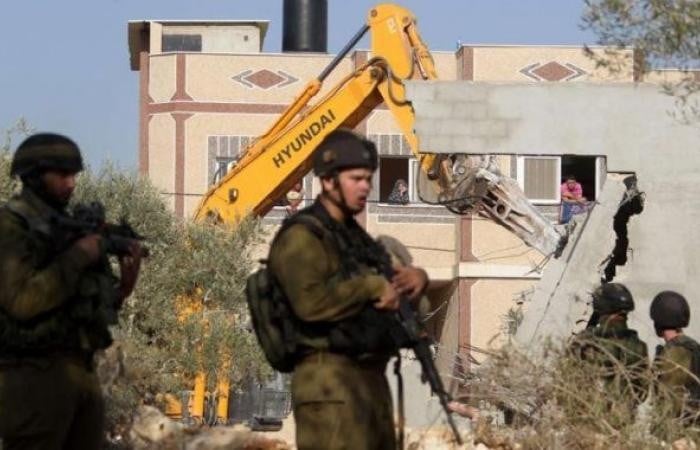 She said that the municipality staff forced Jamal Abu Nejmeh to complete the demolition of his store in the neighborhood, under the pretext that it was built without a permit, in order to avoid paying exorbitant fines if the Israeli municipality of Jerusalem carries out the demolition on its own.

Abu Nejmeh said that for decades he suffered from Israeli authorities orders against his store, noting that he repeatedly tried to appeal the demolition order, to no avail. The municipality informed him that he had only two options; either demolish the shop himself or have paying expensive demolition costs to the Israeli municipality in case it carries out the demolition.