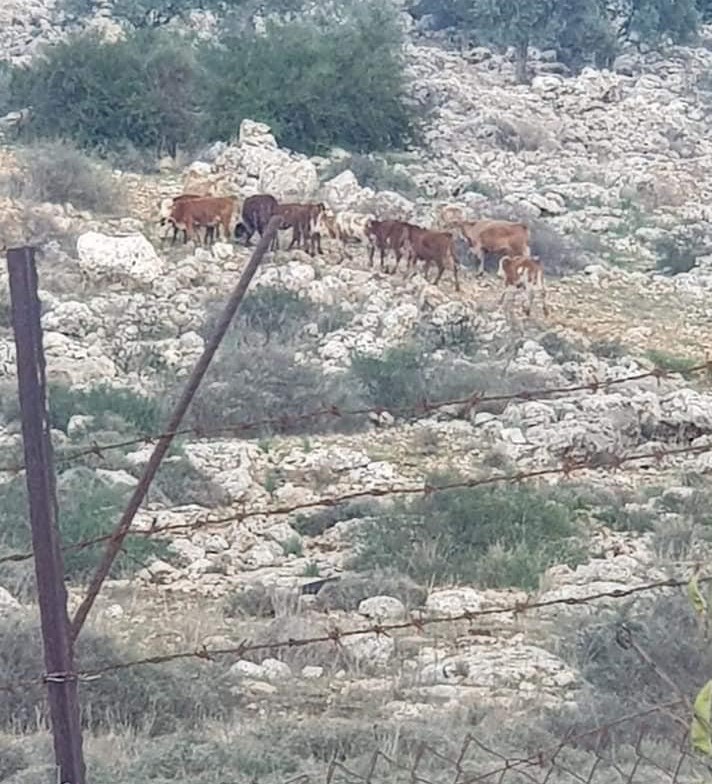 A group of settlers broke the lock on the main gate and released cows into the land, which caused the destruction of olive, fig, and grape trees, said the landowner, Nilson Salameh.

The land covers an area of 10 dunums and is planted with 150 olive trees, grapes, figs, and other crops since 2018.

Khallet Hassan, estimated at 4,000 dunums of land is threatened with seizure by the occupation for the benefit of settlement expansion projects and establishing a new settlement which would link together five existing settlements and a number of settlement blocs and outposts between the governorates of Salfit and Qalqilia.

The settlers' attempts to grab the lands of the village date back to 1983.