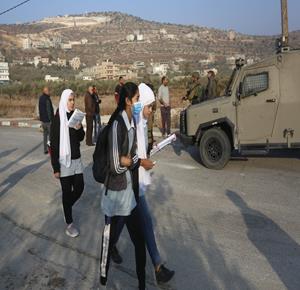 Head of the village municipal council, Ya‘coub Owais, said that dozens of settlers, under military protection, stormed the village entrance and deliberately obstructed the arrival of students to their schools, located on the main road connecting Ramallah city to Nablus city.

The soldiers, he added, opened fire at the students and their families who came to make sure that their children safely made it schools, hitting several with rubber-coated steel bullets and causing other to suffocate from tear gas.