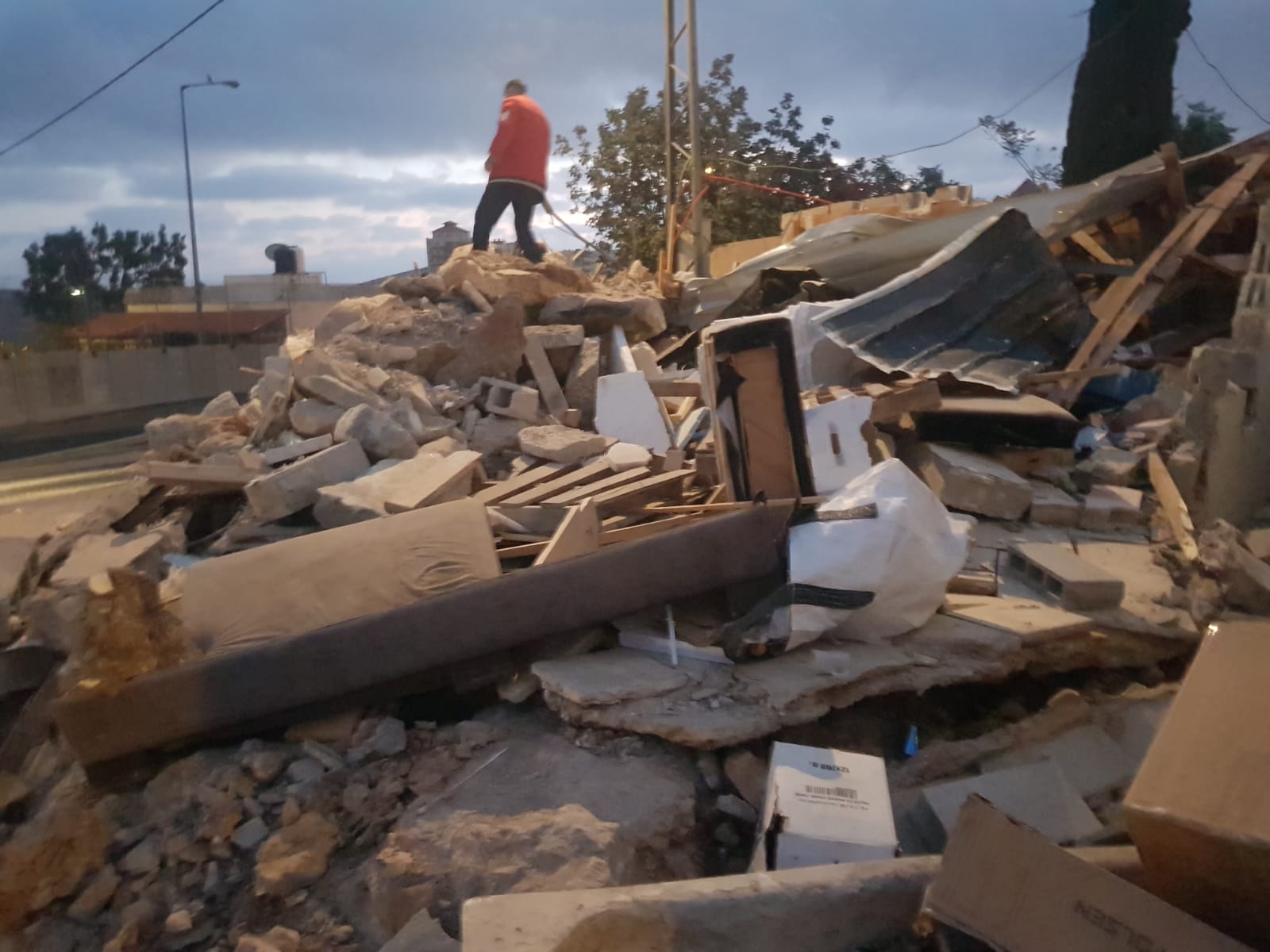 They said that a sizable Israeli police force escorted a bulldozer into al-Sal‘a area of al-Mukkaber neighborhood, where the heavy machinery tore down a house belonging to Muhammad Harb, reducing it to rubble.

Built 11 years ago, the one-storey two-apartment house was demolished purportedly for being built without a license,  displacing Harb’s family, which comprises eight members, including three teens under 13 years.

The sources added that police proceeded with the house demolition without informing the house owner in advance and although the owner has secured a court ruling in favor of halting the demolition.

Speaking in an interview with the Wadi Hilweh Information Center, Harb said that police forcefully entered his house while the kids were getting prepared to school to kick the family out and hardly allowed them to evacuate their belongings.

Hard pointed that he approached several attorneys and architects to help him obtain a license to his house, but to no avail. The occupation authorities have refused to grant him a license citing flimsy pretexts, including designating the area as a green zone.

Meanwhile, police demolished two Palestinian stores in the vicinity of the checkpoint at the entrance of Hizma citing the same flimsy pretext.

WAFA correspondent said that demolished structures were used as a building material store and a car dealership, both belonging to al-Khatib family. The family was surprised that the bulldozers carried out the demolition without informing any prior notice.