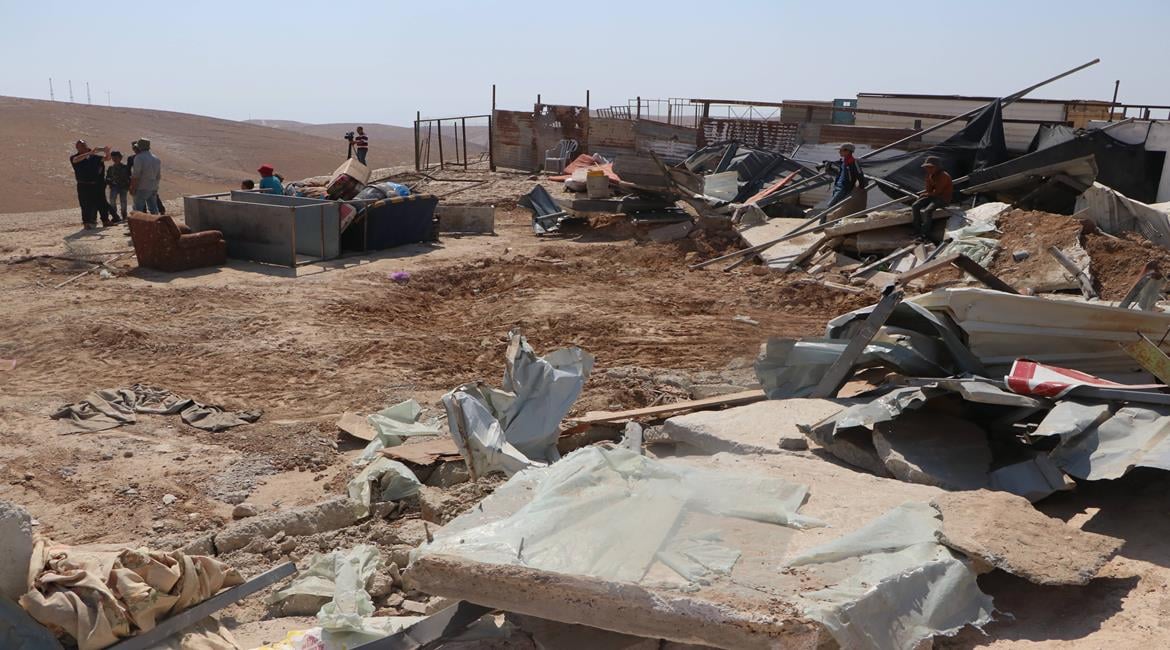 SALFT, Tuesday, October 12, 2021 (WAFA) – Israeli forces today demolished a shack in Hares town, west of the West Bank city of Salfit, according to a local official.

Mayor of Hares, Omar Samara, told WAFA that Israeli forces escorted a bulldozer to the western entrance of the town and proceeded to demolish a shack belonging to Osama and Bilal Shamlawi.

He pointed that the demolition was carried out two days after the Shamlawi siblings received a demolition order.

Meanwhile, Israeli forces ordered a halt on the construction of a Palestinian house in Deir Ballout town, west of the city.

The soldiers barged their way into the town, and handed a resident a notice ordering him to halt the construction of his house and seized a concrete pump and mixer purportedly for being built without a permit.