Journalist among nine Palestinians detained by Israel in the occupied territories 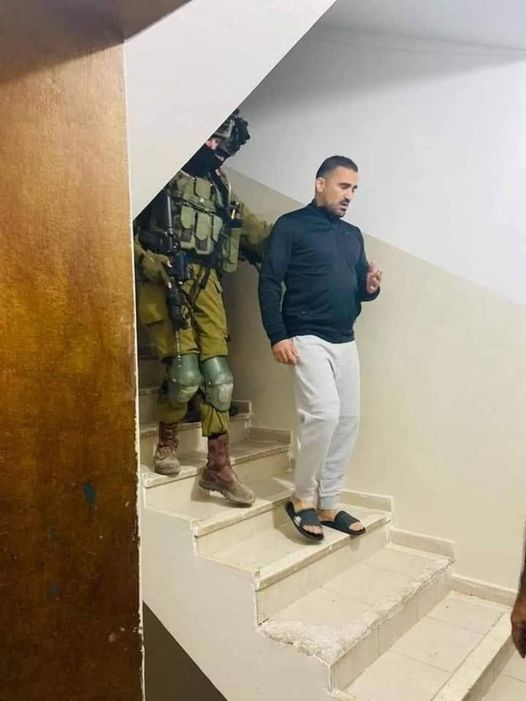 A Palestinian during his arrest at his home.

They said that Israeli forces raided the southern West Bank city of Hebron, raided and ransacked several houses and rounded up two Palestinians, including Radi Karama, a journalist

The soldiers rounded up two others after breaking into and searching their houses in Sair and al-Shuyukh towns, northeast of Hebron.

In Jerusalem, Israeli police re-arrested a former prisoner, who spent 21 years in Israeli custody, after summoning him for interrogation at the al-Moskobiya detention facility.

In the northern West Bank, the sources confirmed an army raid in Urif village, south of Nablus city, resulting in the detention of one Palestinian man.

The soldiers forcibly entered a house in Izbit al-Jarad area, southeast of Tulkarm, where they re-arrested a former prisoner.

In Jenin district, a resident of Siris town, south of Jenin city, was detained at a military checkpoint south of Nablus.

The raid triggered confrontations during which the soldiers opened fire towards the residents who attempted to block their passage, causing a number of tear gas suffocation cases.