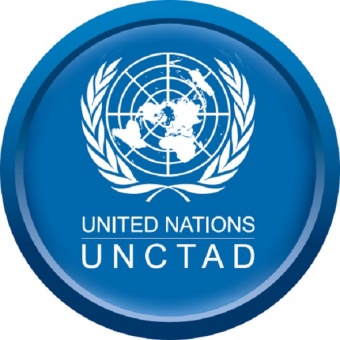 RAMALLAH, Tuesday, September 28, 2021 (WAFA) – Prime Minister Mohammad Shtayyeh said today that the latest United Nations Conference on Trade and Development (UNCTAD) report on Palestine confirms that the Israeli occupation is the main cause of the economic difficulties in Palestine and that ending the occupation is the only way to achieve sustainable development.

"The UNCTAD report confirms that the occupation is the cause of the economic difficulty in Palestine and it is the main obstacle to all development efforts by stealing the national resources," Shtayyeh told WAFA.

"The Palestinian government bears heavy burdens at a time it has limited control over land, resources and borders, and bears the full financial obligations that our people need wherever they are in Gaza and the West Bank, including Jerusalem, and in the refugee camps in Lebanon and Syria," he added.

Shtayyeh stressed that ending the occupation and the establishment of the Palestinian state on the 1967 borders with Jerusalem as its capital would enhance chances of sustainable development, not the continuation of the status quo and improving living conditions under occupation.

In its report, UNCTED considered the Israeli occupation and its practices on the ground the reason for all the problems facing the Palestinian economy, while the coronavirus pandemic, despite its repercussions, did not add anything to the problems of the economic situation in the occupied Palestinian territories.

UNCTAD’s coordinator of aid to the Palestinian people, Mahmoud al-Khafif, and the organization’s economic affairs official, Mutasim al-Aqra, said that the corona pandemic had repercussions on all countries of the world, “but in Palestine, the circumstances are different. Our main message is that the main factor that harms the Palestinian economy is the occupation."

Al-Khafif and al-Aqra presented UNCTAD’s annual report on the Palestinian economy for the year 2020 during a press conference held via Zoom from Geneva and hosted by the Palestinian Economic Policy Research Institute “MAS” in Ramallah.

The two officials said the situation was bad before the pandemic and continued and worsened during the pandemic as the Israeli occupation authorities did not stop their plans of annexation, settlements, siege and obstructing the movement of people and goods.

They accused Israel of being responsible for depriving the Palestinian government of the ability to confront the pandemic and provide the necessary medical services and economic recovery measures by withholding Palestinian clearance funds for more than six months in 2020.