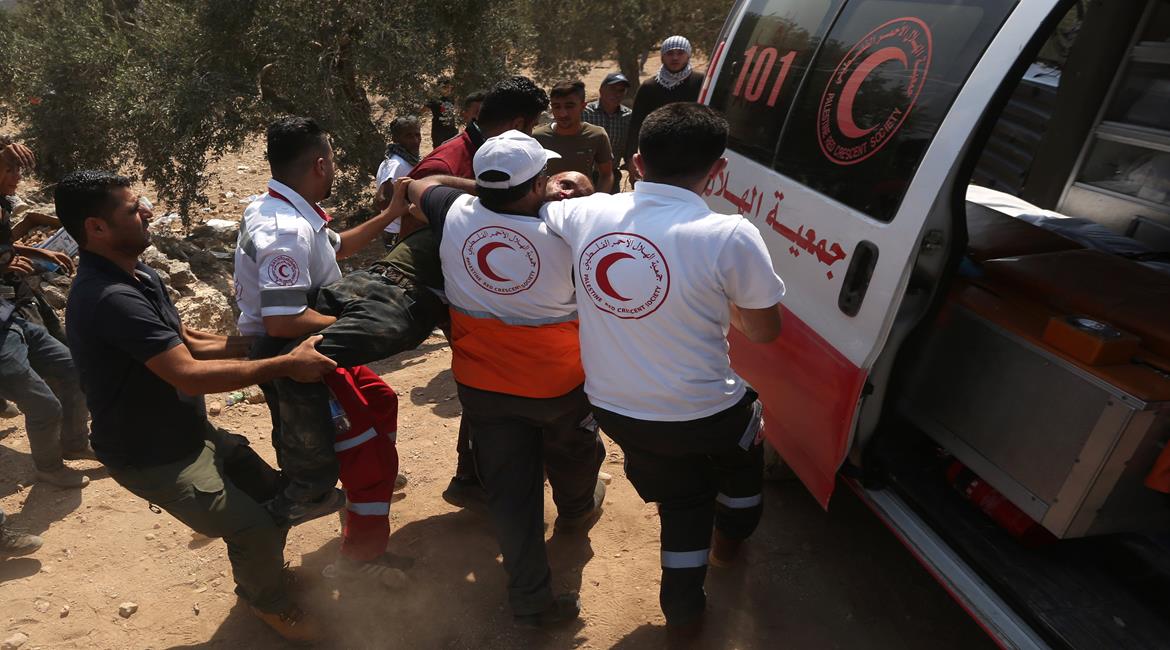 Ahmad Jibril, the head of the Emergency and Ambulance Department at the Palestinian Red Crescent Society (PRCS), said that Israeli forces opened fire towards the villagers who protested the pillage of their land to construct a new colonial settlement atop Jabal Sbeih (Sbeih Mountain) near the town.

He added that two protestors were injured by rubber-coated steel bullets in their feet, another by a tear gas canister, in addition to 15 others who suffocated from tear gas inhalation.

He pointed that two others sustained injuries due to falling from high places after being chased by the soldiers.

Israeli forces have used fatal violence to disperse the rallies, killing six Palestinians from the town and injuring over 600 others in almost a month.