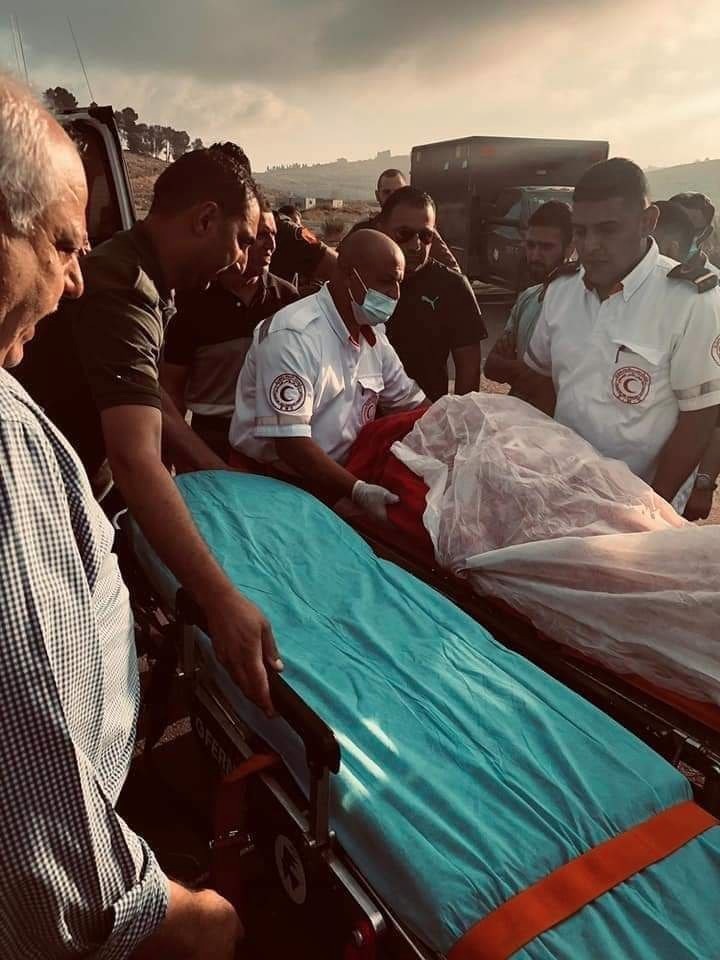 Body of a slain Palestinian man turned over by Israel to the Palestinian Red Crescent after withholding it for two weeks.

NABLUS, Tuesday, August 10, 2021 (WAFA) – Israeli occupation authorities today handed over to the Palestinian side the body of a slain Palestinian man two weeks after he was shot dead by the occupation forces.

The body of Shadi Omar Shurafa, 41, from Beita village, south of Nablus, was released by the Israeli occupation military and handed over to the Palestinian Red Crescent (PRC) near the military checkpoint of Huwwara, south of Nablus.

Ahmad Jibril, head of the PRC in Nablus, told WAFA that the staff took the Shurafa’s body to the Rafidia governmental hospital before turning it over to his family to burial.

Shurafa was killed after being shot by Israeli forces near the entrance of the village of Beita, south of Nablus on July 27 while he was attempting to divert water to his village from the water network. The army has withheld his body since then.