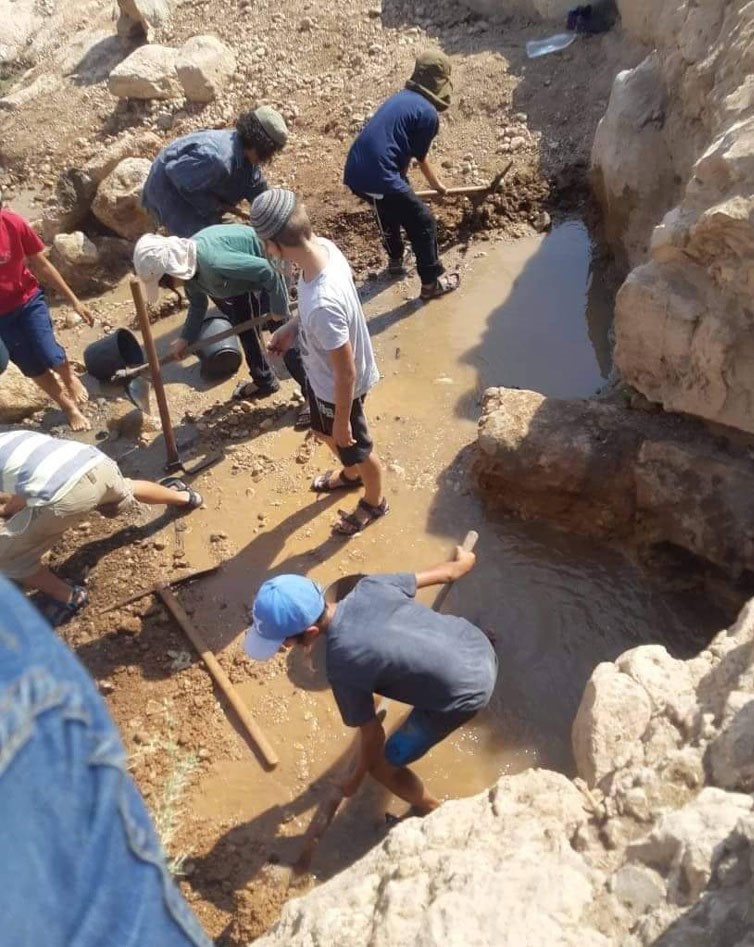 TUBAS, Tuesday, July 27, 2021 (WAFA) – After fencing an area where a vital water spring is located in Ein al-Hilweh area in Wadi al-Malih in the occupied northern Jordan Valley, Israeli settlers last night began construction work in the area to take over the spring and prevent shepherds from using the water for their sheep, according to a local official.

Mutaz Bisharat, from the Tubas governorate, told WAFA that the settlers from the illegal Maskiyot settlement proceeded to do construction work around Ein al-Hilweh spring, which they seized several months ago and planted trees around it turning it into a park for their use only and off-limit to the Palestinians.

He said the settlers aim to close off the spring to the Palestinian shepherds who make a living out of herding.