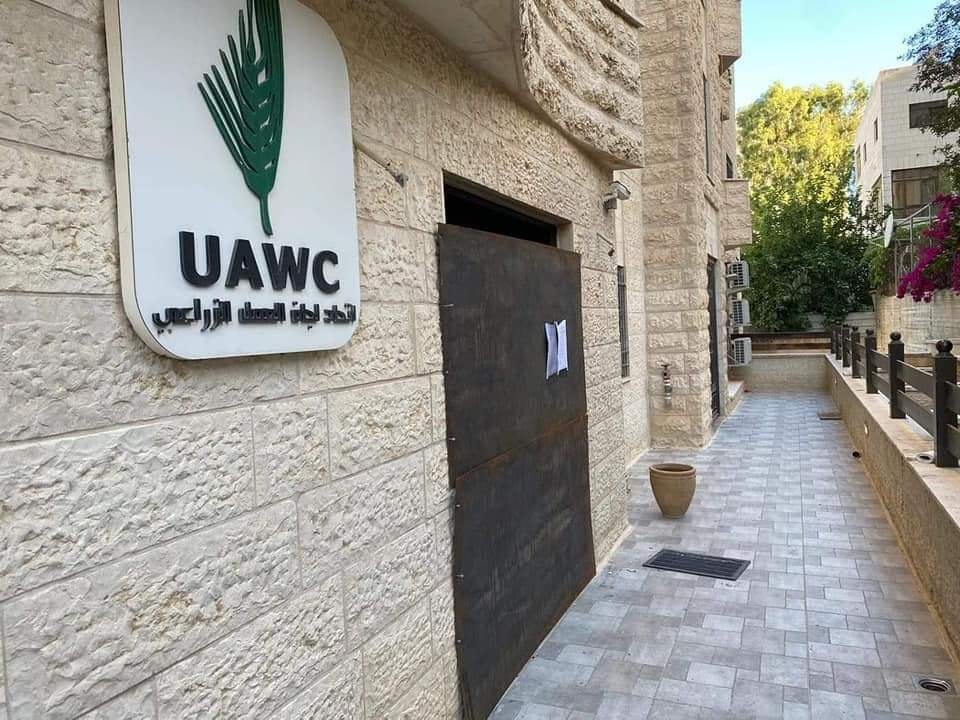 AL-BIREH, Wednesday, July 7, 2021 (WAFA) – Israeli forces dawn Wednesday raided the headquarters of a leading agricultural organization in the occupied West Bank city of al-Bireh and ordered the place to be shut down, according to local sources.

They confirmed that heavily-armed Israeli soldiers smashed the main door of the Union of Agricultural Work Committees (UAWC) premises and barged their way inside, tampering with its contents and seizing several computers and office equipment, before posting a military order to close the building for six months, renewable.

The military decision to close the organization, posted in Arabic and Hebrew, cited security as a flimsy pretext to justify the closure.

The UAWC closure came almost a month after Israeli forces closed the main headquarters of Health Work Committees (HWC) for six months, renewable, and seized the hard discs of several computers besides to documents before leaving.

Established in 1986 by a group of agronomists, UAWC is the largest non-governmental agricultural development organization in Palestine. It strives to contribute to the agricultural sector’s development, through empowering farmers steadfastness and sovereignty on their resources within a sustainable community-based liberational developmental framework. 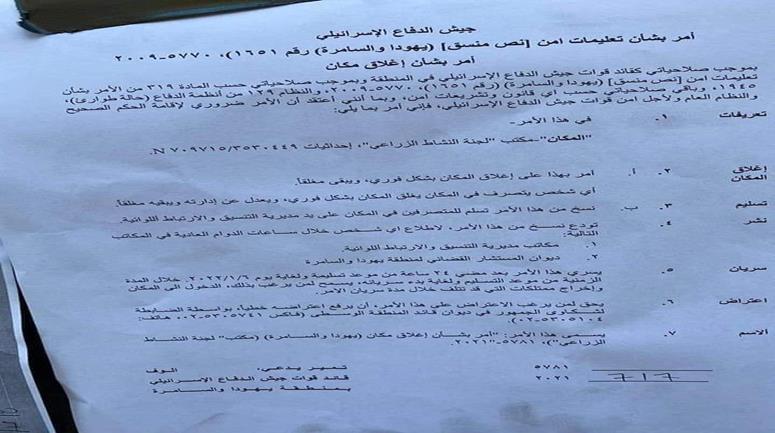