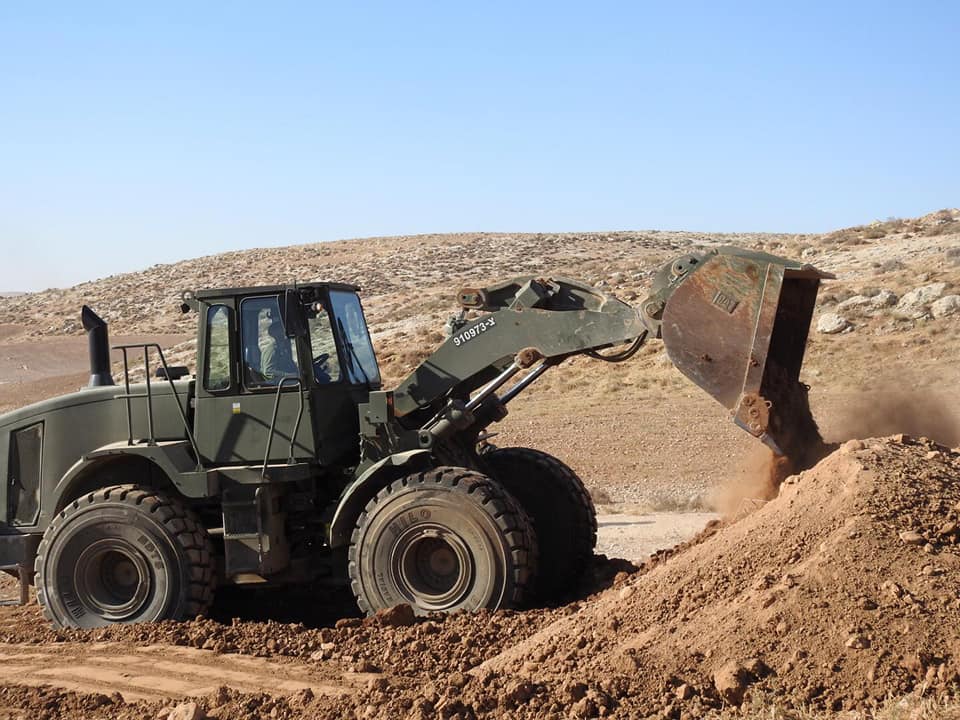 HEBRON, Wednesday, June 23, 2021 (WAFA) – Israeli forces today destroyed and blocked all roads linking the villages of Masafer Yatta area, south of the occupied West Bank city of Hebron, with one another, according to local sources.

Coordinator of the Anti-Wall and Settlement Committees, Rateb al-Jabour, said that Israeli forces used a bulldozer to level and close the agricultural and main roads that connect Khallet Ad-Dabi‘ and Shi‘b al-Butum communities with the other hamlets.

He added that the move is intended to further tighten restrictions on the villagers’ movement and force them out of their lands in favor of colonial settlement expansion in the southern Hebron hills.

Meanwhile, the Alliance for Human Rights, a group of activists allied to document human rights abuses in Palestine, said that since the early morning, Israeli forces used a big military bulldozer to block and demolish several agricultural and main roads connecting more than 17 villages in Masafer Yatta, and cut off the water network to these villages.

“The situation is more than difficult in these areas without having the roads blocked. And imagine what the situation will be after this barbarian behavior by the occupation forces. Thousands of people lost their access to other places and they will be living in harsh conditions after today,” added the group in a press statement.