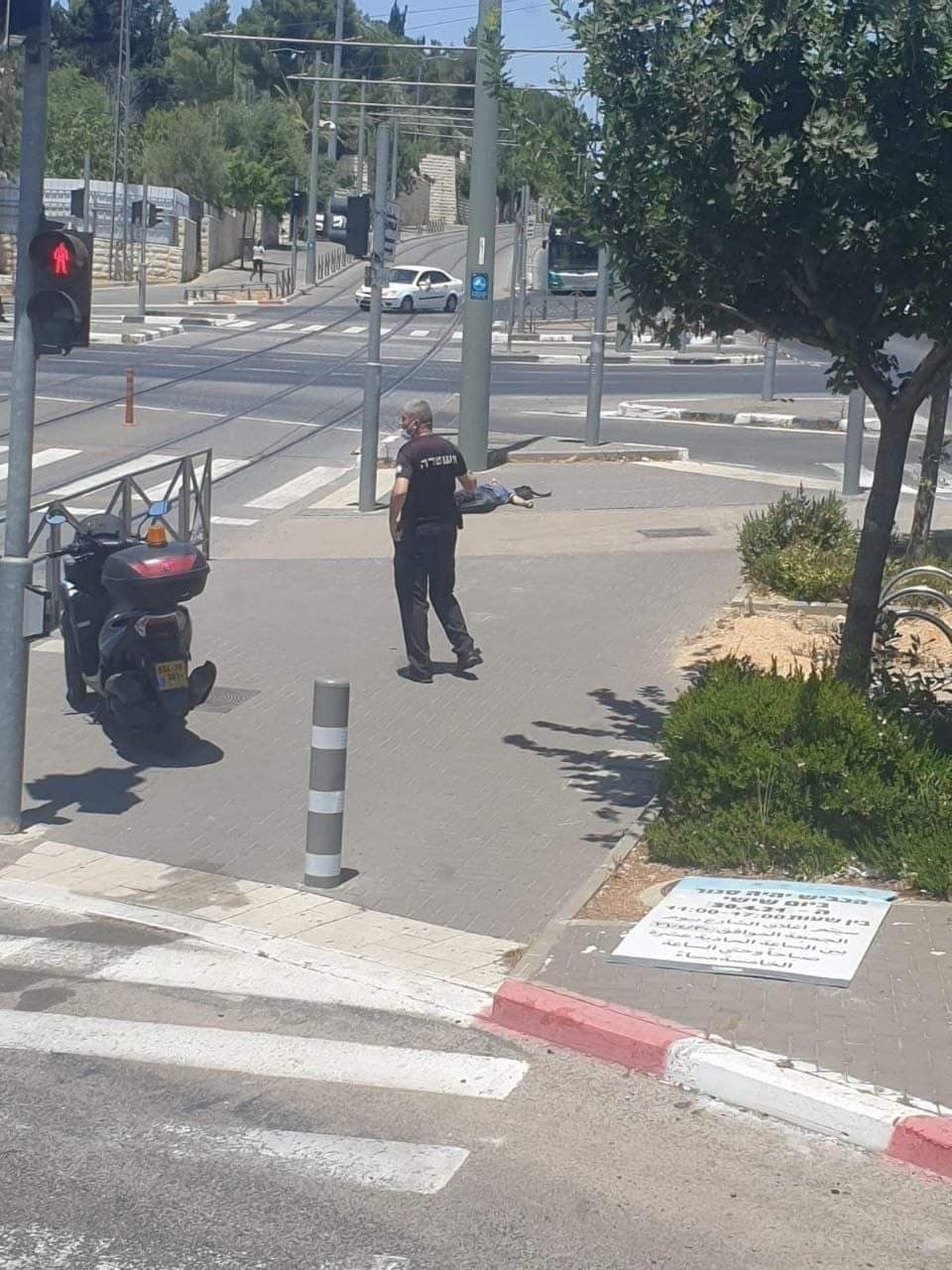 A photo showing the slain Palestinian lying motionless on the ground at a street intersection.

JERUSALEM, Monday, May 24, 2021 (WAFA) – Israeli police today shot and killed a Palestinian youth in the occupied West Bank city of Jerusalem, according to witnesses.

They said that Israeli police fired multiple gunshots towards a Palestinian youth near the French Hill colonial settlement in Jerusalem, killing him.

The body of the slain Palestinian, who remained unidentified, is withheld by police.

There were no official Palestinian information on the incident, and circumstances surrounding it remain unclear and largely based on the Israeli version of events.

The Health ministry said “it was following up to obtain confirmed information about the condition of a citizen who was shot in Jerusalem".

While some Palestinians were involved in such attacks, many others were injured or killed in similar incidents under the pretext of alleged stabbing attempts.

Palestinians have always maintained that such incidents among other measures, taken under the guise of security, are intended to entrench Israel’s 54-year-old military occupation of the West Bank and its settler colonial project which it enforces with routine and frequently deadly violence against Palestinians.