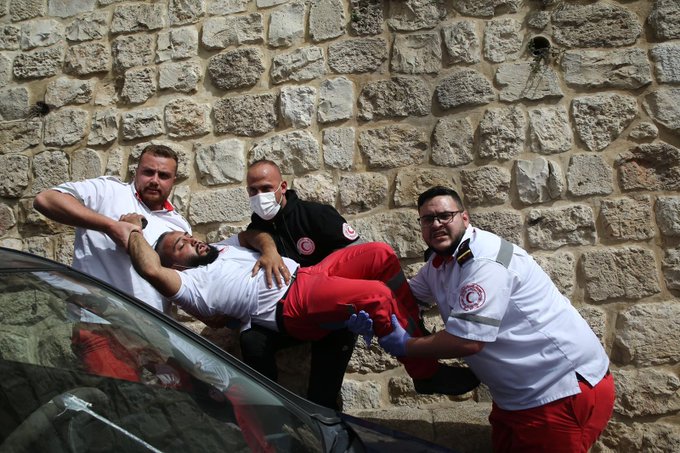 A Red Crescent medic hurt in the Israeli assault at Al-Aqsa Mosque.

RAMALLAH, Monday, May 10, 2021 (WAFA) – More than 334 Palestinians were injured, including 258 people who required hospitalization, in a day of Israeli assault on worshippers at Al-Aqsa Mosque in Jerusalem's old city, according to the Palestinian Red Crescent.

It said seven people were in critical condition.

Among the injured were medics from the Red Crescent who were trying to help the wounded, it said.