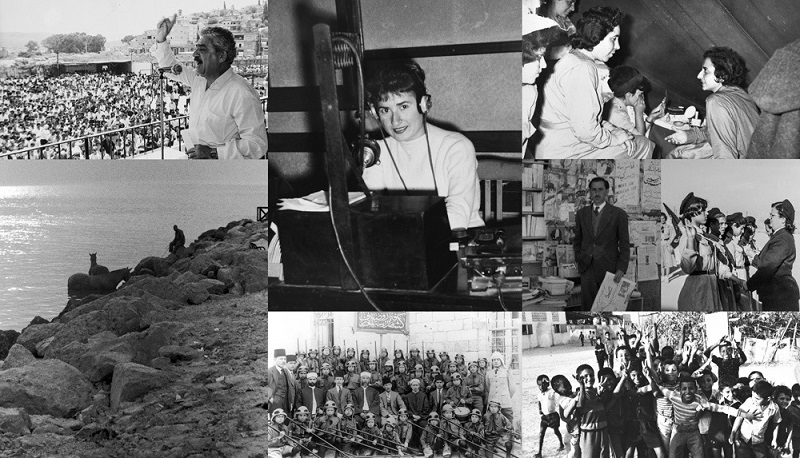 Photo from the Palestine Museum.

BIRZEIT, Wednesday, April 21, 2021 (WAFA) – The Palestinian Museum announced the launch of phase two of its Digital Archive project (PMDA), which will continue for three years as of March 2021 and when complete, the archive will include more than 360,000 freely-available items, according to a press release.

During phase two, the project will widen its reach, gathering Palestinian archives from families and institutions, and from diaspora Palestinians in Jordan and Lebanon. The aim is to digitize and publish 180,000 archival items that shed light on different aspects of Palestinian social history from the 1800s to the present day.

Phase two of the project launches with a new grant by Arcadia Fund, a charitable fund of Lisbet Rausing and Peter Baldwin, and in partnership with the UCLA Library, which will host the digital archival material and publish it, following publication of the material through the PMDA platform, which is among the Museum’s most significant projects and one of its permanent platforms, said the press release.

Phase one of the project began three years ago, also with support from Arcadia Fund, and saw the digitization, archiving and publishing of 122,583 archival resources. These include paper documents, photographs, artworks and objects, visual recordings and videos, which belong to endangered archives that document the history of Palestine from the early 19th century to the present. All items have been made available to the public on the PMDA website in English and Arabic.

These and other collections document the history of various institutions and bring to light histories of Palestinian individuals and families. The archival collections also shed light on the pivotal roles of patriotic figures and artists who have left their mark on Palestinian daily life and the political, social and cultural landscape.

PMDA Project Manager Salim Abuthaher highlighted the Digital Archive project’s achievements at a selection of conferences and symposia, including a webinar titled “Palestinian Museums, Museums for Palestine”, organized in partnership with the Institute for Palestine Studies and the Palestine Museum US; a discussion panel on the “Wednesday’s Conversation” program, in partnership with the Arab Culture Association; and a lecture titled “Theorizing the Archive, the Archive in the Palestinian Context”, organized by the Palestinian Museum.

The project has also laid the groundwork for partnerships with local institutions concerned with archiving and research; the Museum signed a memorandum of understanding with Mada al-Carmel Arab Institute for Applied Social Studies based in Haifa and expects to sign with other potential partners.