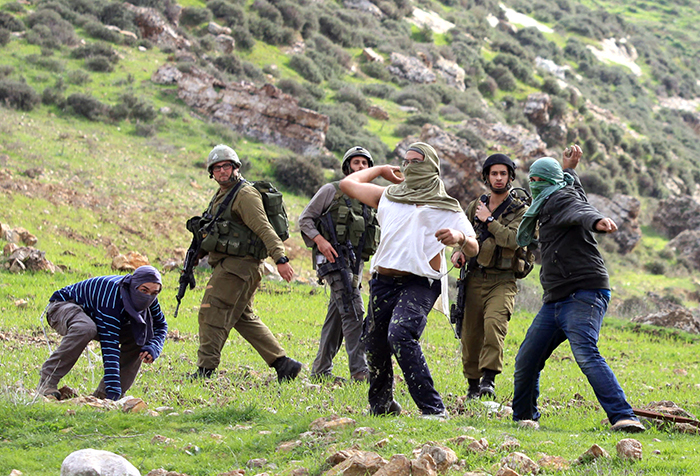 “We note that, in 2020, the United Nations Office for the Coordination of Humanitarian Affairs (OCHA) documented 771 incidents of settler violence causing injury to 133 Palestinians and damaging 9,646 trees and 184 vehicles mostly in the areas of Hebron, Jerusalem, Nablus and Ramallah,” the experts said. “Already, during the first three months of 2021, more than 210 settler violent incidents were recorded, with one Palestinian fatality. We call upon the Israeli military and police to investigate and prosecute these violent acts with vigor and resolve.”

The experts said settler violence was predominantly ideologically motivated and primarily designed to take over land but also to intimidate and terrorize Palestinians. The violence and intimidation often prevents Palestinians from accessing and cultivating their land, and creates a coercive environment pressuring Palestinians to stay away from certain areas or even move.

“They primarily target the livelihoods of rural Palestinians, vandalizing livestock, agricultural lands, trees and homes. Besides the presence and expansion of Israeli settlements, which are intended to establish illegal claims for Israeli sovereignty, settler violence is meant to make the daily lives of Palestinians untenable,” they said.

“Similarly worrying are reports that over 70 families living in the Karm al-Ja’uni area of Sheikh Jarrah in East Jerusalem are under threat of forced eviction to make place for new settlements. Seven households have already received eviction orders and asked to vacate their homes by 2 May 2021. Such forced evictions leading to population transfers are strictly prohibited under international law,” the experts said.

The UN experts noted that settler violence continues to target pregnant women, young children and older persons. “The pattern of attacks, particularly by violent and ideologically motivated settlers consistently confirms that the boundaries of attacks on all categories of Palestinians are being erased.”

They said in one incident in southern Hebron on 13 March, a Palestinian family -- parents and their eight children – were attacked by 10 Israeli settlers, some of them armed. The injured parents were treated at a medical facility in Hebron, and the children left traumatized.

“We are deeply worried by the atmosphere of impunity in which these attacks are taking place,” the experts said. “In many cases, the Israeli military has been present, or nearby, and has not taken sufficient steps to protect the Palestinians from this violence. This amounts to a discriminatory two-tier approach to military protection and policing in the West Bank.”

The situation is particularly dire in the H2 area in Hebron, where a long-standing pattern of protracted Israeli settler violence, heavy Israeli occupation forces’ presence and undue movement restrictions to the benefit of settlers, has been inflicted on the Palestinian residents in the city.

The UN experts noted that, according to Yesh Din, an Israeli human rights organization, in the period between 2005-2019, 91 percent of the investigations in cases filed by Palestinians for ideologically motivated crimes, have been closed without indictments by the Israeli military. “This number is abysmal when compared to the number and nature of crimes committed by Israeli settlers and it testifies more than anything to the institutional and systematic impunity that prevails in the occupied Palestinian territory.”

The experts pointed out that international law requires the occupying power, in all circumstances, to protect the population under occupation. Article 27 of the Fourth Geneva Convention stipulates the protected population “shall at all times be humanely treated, and shall be protected especially against all acts of violence or threats…”

“We call upon the international community to impose meaningful costs on Israel’s protracted occupation, and to demand that the occupying power halt its settlement enterprise immediately,” they said. “Palestinians must be protected from settler violence and the perpetrators must be held to account for their actions.”

The experts included Michael Lynk, Special Rapporteur on the situation of human rights in the Palestinian Territory occupied since 1967. Balakrishnan Rajagopal, Special Rapporteur on adequate housing as a component of the right to an adequate standard of living, and on the right to non-discrimination in this context, and Claudia Mahler, Independent Expert on the enjoyment of all human rights by older persons.

The Special Rapporteurs are part of what is known as the Special Procedures of the Human Rights Council. Special Procedures, the largest body of independent experts in the UN Human Rights system, is the general name of the Council’s independent fact-finding and monitoring mechanisms that address either specific country situations or thematic issues in all parts of the world.