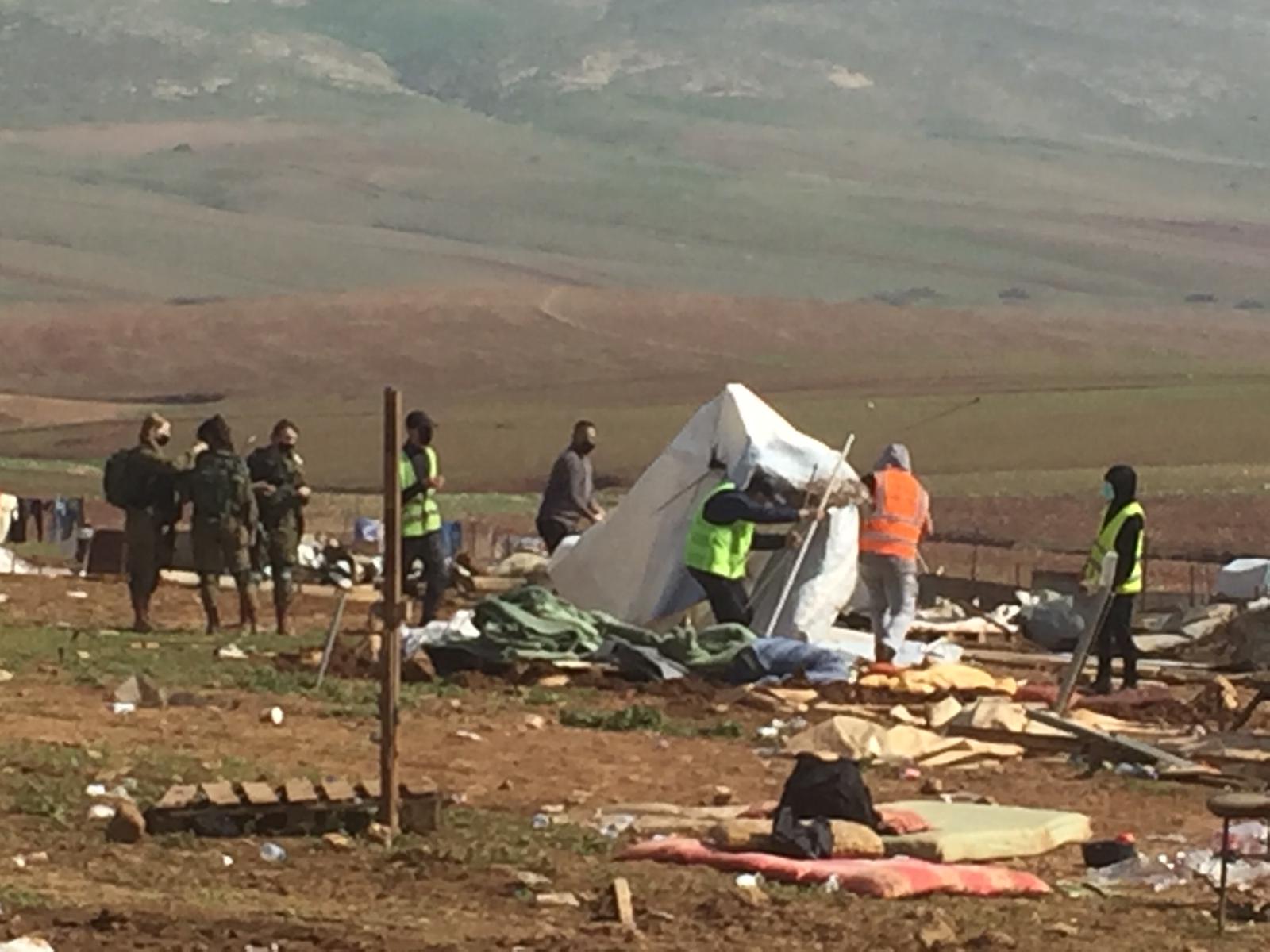 JORDAN VALLEY, Monday, February 8, 2021 (WAFA) – Israeli occupation forces today returned to the battered Humsa al-Bqaia Bedouin community in the northern Jordan Valley to remove the tents provided by humanitarian agencies to form as shelters for the families whose homes were recently demolished by the Israeli army, according to sources.

Israeli forces recently demolished or confiscated 46 structures in Humsa al-Bqaia, leaving 60 people, including 35 children, displaced and at risk of forcible transfer. Many of the affected structures were donor-funded and had been provided as a response to previous mass demolitions or confiscations.