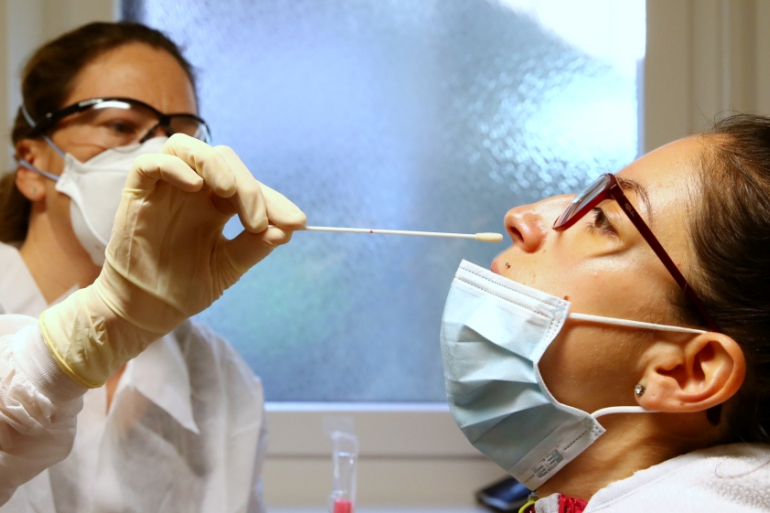 Health Minister Mai al-Kaileh announced that 1,472 Palestinians tested positive for the highly contagious virus and eight others died of it in the occupied Palestinian territories.

She added that 410 Covid-19 patients recovered in the occupied territories and pointed that 45 Covid-19 patients are still receiving treatment at intensive care units, including 10 who are connected to ventilators.

According to the latest coronavirus data, the confirmed cases in the occupied territories (West Bank, including East Jerusalem, and Gaza) reached 81,294.

Recoveries account for 85.87 percent of total cases since the pandemic outbreak in March, active cases for 13.29 percent and the death toll accounts for 0.84 percent.