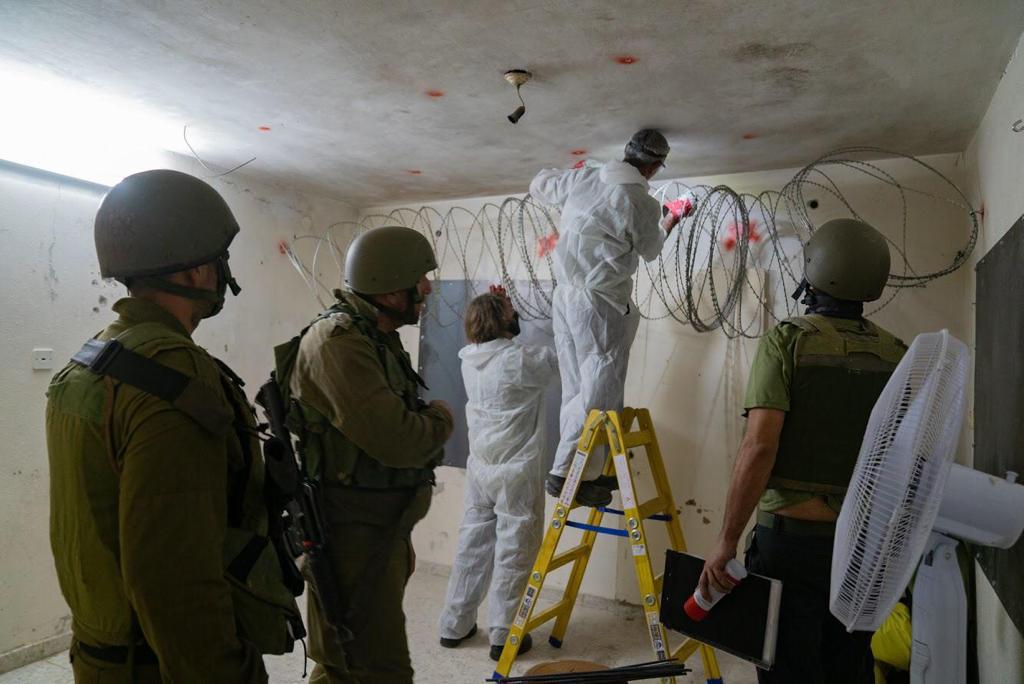 Israeli occupation soldiers sealing shut a room in the Abu Baker house in the West Bank.

JENIN, Wednesday, October 21, 2020 (WAFA) – As a punitive measure, the Israeli occupation forces sealed shut early this morning a room in the house of an alleged Palestinian attacker in Yabad town, to the south of the northern occupied West Bank city of Jenin, Palestinian security and local sources said.

They told WAFA that the soldiers raided the house of 49-year-old Nathmi Abu Baker and sealed shut the room he uses in the house.

Israel accuses Abu Baker of the killing of an Israeli soldier who was killed by a rock dropped on his head during a predawn army raid of Yabad on May 12.

He has denied all charges against him, stressing that he had nothing to do with the killing of the soldier.

The army sealed 40 square meters of the 70 square meter house with a special material that is easily flammable and can cause cancer, which deemed the entire house unlivable, according to Ahmad Abu Baker, a family member.

He said the entire family, comprised of nine people, has literarily been displaced and became homeless with the heavy damage and health hazard done to not only Nathmi’s bedroom but the entire house

The sources said the soldiers turned a few houses in the neighborhood where the Abu Bakr house is located into military bases as they proceeded to seal the room and at one point assaulted a local resident, also from the Abu Baker extended family.

The occupation authorities informed the Abu Baker family a few days ago of their intention to seal shut Nathmi’s bedroom.